Hyundai working on small SUV for global market, to be based on i20 platform.

Hyundai is working on a small SUV to enter the compact SUV segment and the model has caught been testing. The South Korean car maker has showcased a concept model of the compact SUV at the 2016 Auto Expo in India, but the model caught testing is for global markets.

Hyundai has witnessed good success with the Creta SUV in India and Tucson SUV in the European market which has compelled the auto maker to introduce a smaller SUV. Globally the SUV will the Nissan Juke, Renault Captur and Peugeot 2008 reports Auto Express. 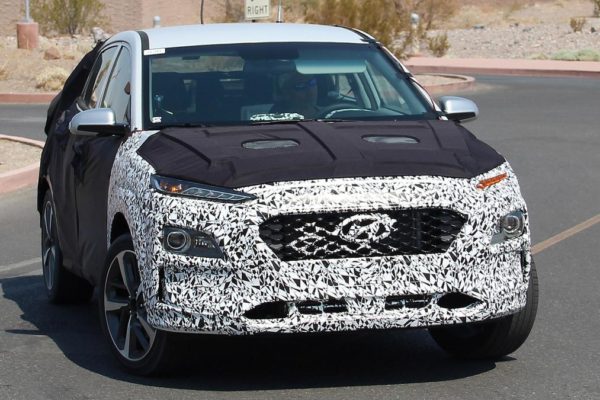 According to the publication the SUV will be based on the i20 platform and will share powertrains with the new i30 hatchback. The suv caught testing could resemble the Intrado concept, which Hyundai had used to show its design language.

The compact SUV segment has shown promising growth globally and all auto makers are introducing a model in this segment.

Hyundai may consider replacing the ix20 mini-MPV (not sold in India) with the new SUV for the Eurpean market. There is no word on what could be the name of the new SUV and if it is likely to follow the ix prefix.

KIA Motors, revealed the interior images of its new mid-SUV for India which makes a bold design statement. The cabin gets metallic highlights in the air vents, sweeping dashboard with a mordern design which is […]

Continuing with the onslaught, Ford India launched its big daddy on Indian soil today. Set to redefine the SUV segment, the All-New Ford Endeavour is a far superior vehicle than most of its rivals. And with […]

Mahindra to launch new compact SUV to take on Hyundai Creta. With the boom in the SUV segment Mahindra which is largely a SUV player in the Indian market plans to further strength its […]