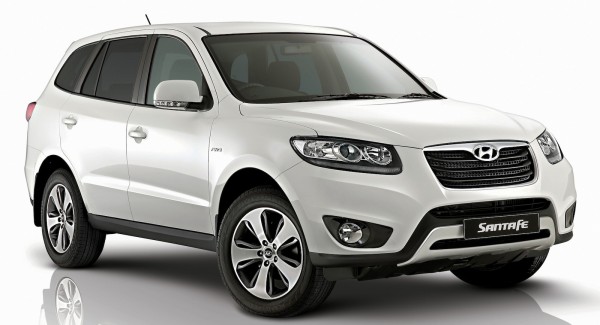 India’s second largest car maker Hyundai Motor India has issued a recall of the Santa Fe SUV. Only the 2011 model year Santa Fe has been recalled to replace the Stop Lamp Switch which could malfunction and will be replaced completely free of cost.

In total 2437 units of the Santa Fe manufactured during 26 June 2011 – 26 September 2013 will be recalled. Owners of the involved vehicles will be notified in a phased manner to bring in their vehicles for replacing the part at the authorised Hyundai service stations.

The company has recalled the car voluntary to safeguard the safety of the owners. Hyundai India currently has 388 dealers and more than 1000 service points across India.

Hyundai launched the new Santa Fe in the Indian market at the 2014 Auto Expo and has been well accepted in the market.  The previous generation Santa Fe was available in two wheel drive & four wheel drive options with transmission option of both manual and automatic (on 2wd only).

The government of India is also readying a mandatory recall policy which will do away with the current system of voluntary recalls by auto companies. This move will put India in line with developed nations like U.S., China and Japan which have a defined recall policy.

Hyundai Motor India Limited (HMIL) hiked prices of all models which have been affected by GST Cess amendments made by the government. The company announced the revision of prices post GST Cess amendment on the […]