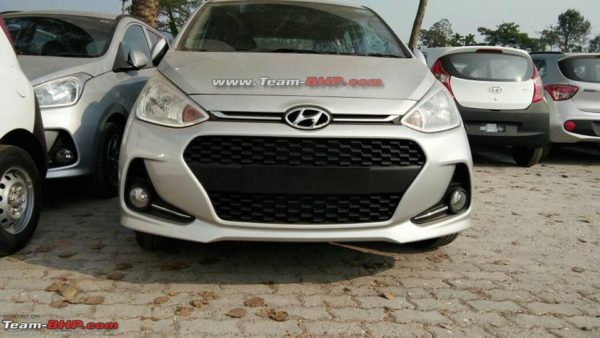 Hyundai India will soon introduce the 2017 Hyundai Grand i10 facelift in the Indian market. The car will most likely be launched in the first week of February and gets exterior enhancements, new features and a new diesel engine.

The LED DRLS are also offered and we can expect it to be available on top variants only.

On the rear there are no major changes except for the revised bumper and reflectors which are replace fog lamps in global variants.

There are no changes to the headlights and tail lamps as offered on the international model.

On the inside the 2017 Hyundai Grand i10 facelift will get dual tone interiors similar to the current model. 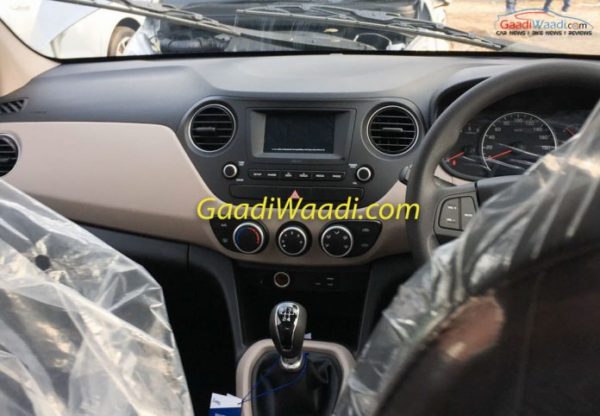 The car also gets Rear camera with display on the infotainment system. 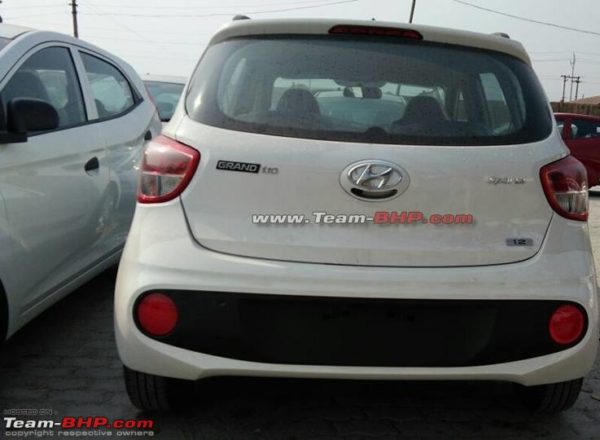 The 2017 Hyundai Grand i10 facelift comes with a new 1.2 CRDi diesel engine which comes with improved power, torque and higher fuel efficiency figures. The old 1.1 diesel engine was noisy, with higher NVH and was also underpowered.

The car will continue to be powered by 1.2 Kappa petrol engine which develops 80Ps of max power mated to a 5 speed manual and 4 speed Automatic.

With competition intensifying, Hyundai has dropped prices by Rs. 32,000 on the base Era variant while prices of other variants are increased by Rs. 2000-4000. 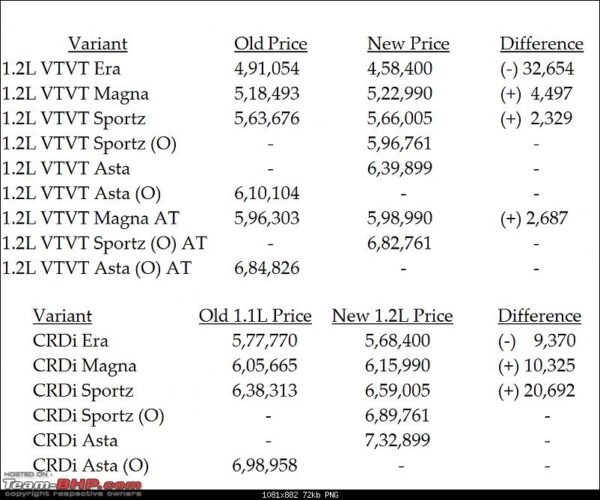 Hyundai Motor India Ltd (HMIL) recently launched an innovative digital marketing initiative for online purchase of its popular 120 hatchback. It offers a unique buying experience which  encourages customers to not only book and buy an […]

Hyundai Motor India has introduced the Audio Video Navigation System- 17.78 cms (7”) Touch Screen in the – Elite i20 and i20 Active hatchbacks. The second largest carmaker has tasted god success with the i20 […]