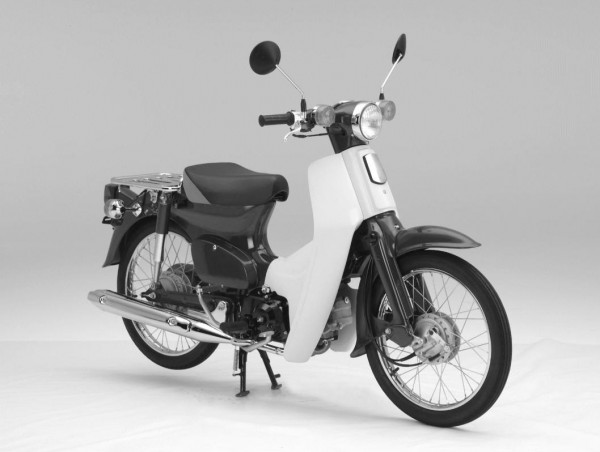 Honda announced the company’s popular and long-selling scooter Super Cub has been recognised with it becoming the first vehicle in Japan to be granted a three-dimensional trademark for its The iconic design and shape.

This is the first time in Japan for the shape of a motorcycle or any other product from an automaker to be registered as a three-dimensional trademark, and is an extremely rare case for an industrial product of any kind.

Introduced in Japan in 1997, three-dimensional trademarks can be granted to a product which has acquired distinctiveness through long and extensive use. Very strict criteria is applied to registrations, and the Super Cub becomes one of very few industrial products to achieve such status.

A key determining factor for the Japan Patent Office when considering the very rare endorsement was the consistent design concept, which Honda has maintained with the Super Cub over more than 50 years since it was introduced in 1958; while continuously achieving functional improvements throughout its long history.

The Super Cub is the world’s largest selling vehicle, with cumulative worldwide production reaching 87 million units* as of March 2014, and sales across more than 160 countries.

Honda is currently producing the Super Cub series at 15 production plants in 14 countries around the world; most notably Thailand, Indonesia, Vietnam, Brazil, China, Nigeria and Japan.