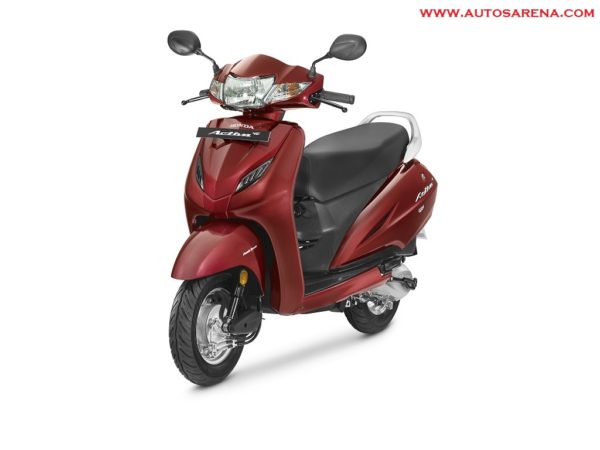 The Activa 4G gets a new front center cover design, two important and useful features Mobile charging socket and Retractable front hook for more convenience and Automatic Headlamp On (AHO) which is now mandatory as per the government regulations.

The scooter continues to be powered by Honda’s trusted 109cc Honda Eco Technology (HET) engine which develops max power of 8bhp@7500rpm and torque of 9Nm@5500rpm.

Activa is equipped with Safety features like Combi Brake System (CBS) with Equalizer technology which as per Government regulations, will be mandatory on all two-wheelers up to 125cc engine capacity from April 1, 2018.

Honda Activa is India’s largest selling scooter with its overwhelming 58% market share in automatic scooter segment. Activa has sold over 1.5 crore units in India and is the first automatic scooter to become not only India’s but also World’s Number 1 selling two-wheeler in 2016.

Honda Motorcycle & Scooter India. (HMSI) has rolled out the latest television commercial (TVC) for exciting 4th Gen upgrade of Activa 4G – India’s No. 1 selling 2wheeler brand. The TVC was launched with the […]