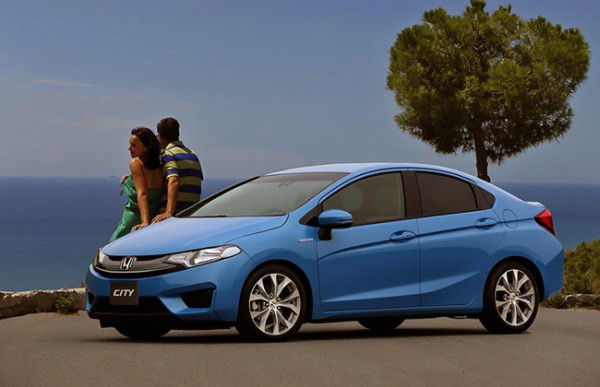 Honda is gearing to launch its next big model for 2013, the all new Honda City. We reported earlier, the new City undergoing homologation at ARAI and will be unveiled in November.

The new City is going to take the game further with a fresh new design, larger dimensions, more premium features and most important a diesel engine.

After ruling the Indian C segment for many years, the City started losing traction mainly due to competitor which offered a diesel engine. The City lost its leadership to Vento for a brief period and then in 2011, Hyundai Verna continued to lead the segment.

However this all could soon change with the launch of the new City which will be strapped with Honda’s revolutionary diesel engine which delivers 25 plus kmpl and 100PS from a 1.5 diesel mill. The same engine does duty on the Amaze and has helped the company to post positive sales month on month.

Honda is aiming for leadership in the mid-size sedan segment (C2) and will launch the new City with petrol & diesel engine options. Automatic gearbox will be offered on the petrol only.

Based on the Jazz platform (The platform will also underpin the new Urban SUV) the car will be bigger to likely close the void of Honda Civic and will be offered in 8-10 variants. The car will likely sport Honda’s new EXCITING H DESIGN theme which was announced in September.

Stayed tuned to AutosArena.com as we bring more updates on the all new Honda City.

Honda Motor has announced its line-up for the 43rd Tokyo Motor Show 2013 which is being held between 20th November and 1st of December 2013. Honda will display a mix of production and concept automobiles, […]