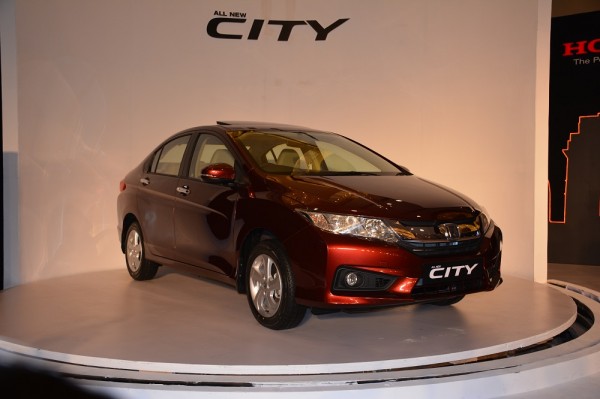 Honda Cars India has announced the launch date of the all new City after the global unveiling in November. The new City will hit the Indian roads on the 7th of January and will be available in both petrol and diesel engine options. The Petrol engine will be offered with a 6 speed manual & 5 speed automatic transmission option. 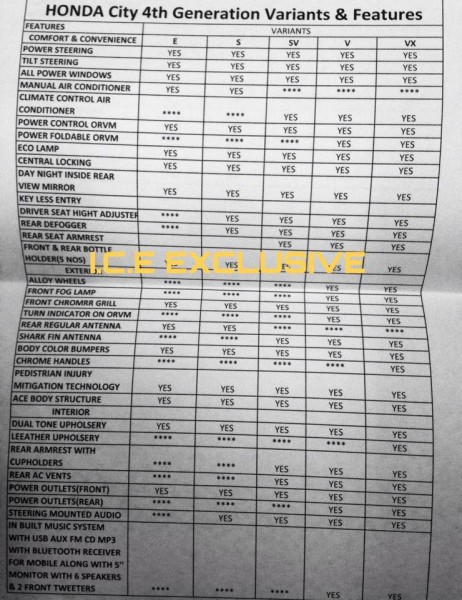 Our friends at Team Team have managed to get hands on the variant and feature list of the new City diesel. The call will be available in five variants – E, S, SV, V, VX.  We could expect similar variants to be offered on the petrol and the Automatic gear box available on the SV, V and VX variants.

All variants of the City diesel will be equipped with ABS, EBD and a driver airbag as standard and the SV, V & VX comes with front passenger airbag.

The automatic climate controlled air conditioning with touch screen will be offered on the SV, V and VX models only, while the E and S will come with manual system. Also Rear aircon vents & rear armrest cup with holders will be available on the top three variants only.

Features like Alloy wheels, front fog lamps, and turn indicator on ORVMs will be available on the V & VX variants. 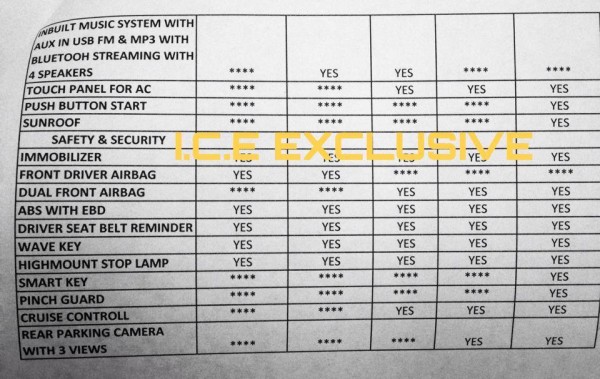 In terms of pricing expect Honda to charge a premium of Rs. 40-50 thousand over the current gen City and around Rs. 9.5 lakhs for the base diesel.

Honda Motorcycle and Scooter India launched the new 2018 edition of NAVi moped with new features and color options. Since its launch in Auto Expo 2016, the Navi drew high attention among the youth and […]

Honda Motorcycle & Scooter India (HMSI) organized an exclusive invite-only group ride as a part of its customer engagement initiative in collaboration with the Neptune Foundation. The ride was organised to carry forth the ‘Spirit […]