The editions will be offered as Kits which will be avaialble on the standard Navi and can be booked online via the Navi App.

In 2016 Honda broke the news with a full page ad wishing all a Happy Navi Year and 2017 with the new editions.

Honda had showcased many concepts and customisation options for the Navi Moped and the Adventure Edtion is one of them. 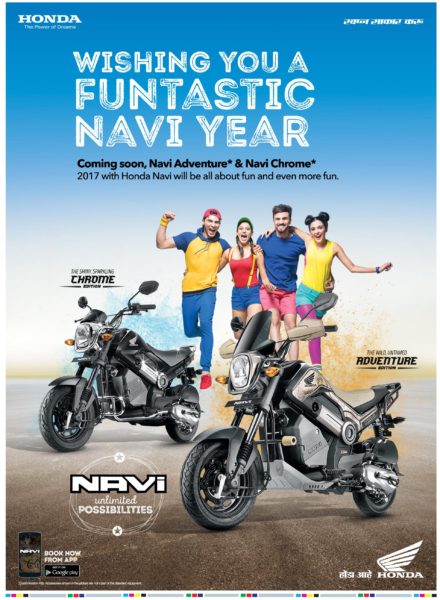 The Adventure edition kit loses a lot of the concept accessories but gets a black wisor, Hand Guard Protectors, a large storage compartment which sits in the space between the fuel tank and frame, crash guard, dual tone seat and decals. 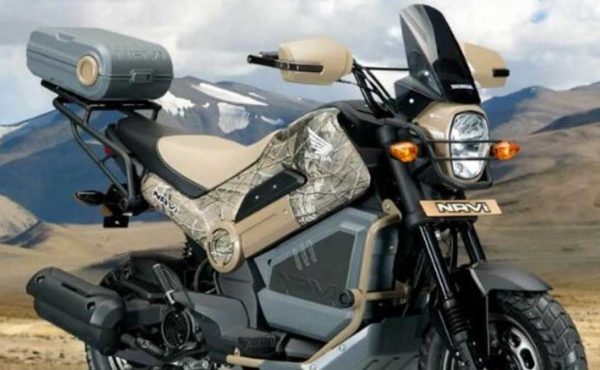 The new editions are a part of the Customize. The Adventure and Chrome editions will be launched soon and will be available as kits at the dealers which mean even existing owners can retro fit the Adventure or chrome edition kits.

The Navi is powered by a 110cc petrol engine with performance figures of 8bhp at 7,000rpm and 9Nm at 5,500rpm. The moped has a company claimed mileage of 60 kmpl.

Honda Activa is the largest two wheeler brand sold in the Indian, surpassing Hero MotoCorp Splendor which held this title for many years. Honda Motorcycle & Scooter India has registered the highest growth in the […]

Honda to launch a new Scooter which is likely to be positioned above the Activa brand. The festivities continue at Honda 2Wheelers India and taking the festival mood further, Honda has announced that Bookings for […]

Honda Motorcycle and Scooter India, the No. 1 scooter manufacturer introduced the new Honda GRAZIA Urban Scooter. It is available for sale in Standard, Standard Alloy, and Deluxe variants and has been very attractively priced […]