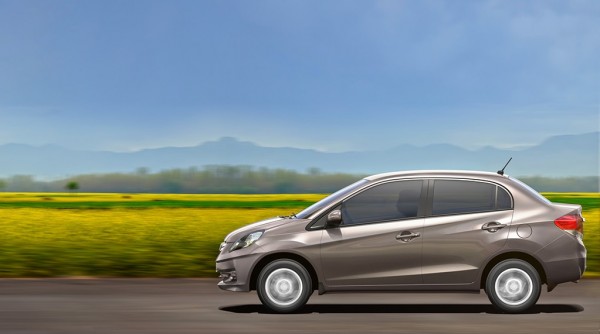 Honda Cars India introduced a new “SX” variant on the Amaze equipped with more safety features. Positioned above the S variants, the SX variant will feature Front Dual Airbags as a standard feature. Additionally Anti-Locking Braking System (ABS) will also be offered on the petrol SX which was initially available on all diesel variants and only on the top VX variant. The SX variant is available on the manual transmission only.

The Amaze has been successful model selling more than 60,000 units ever since its launch in April 2013, being a true game changer. Honda is constantly studying the customer choices and preferences to enhance the overall ownership experience. The Amaze has been averaging about 7500 units per month with best sales in October 2013 where the car sold more than 9500 units. The S variant is highest selling and with the introduction of SX variant the company hopes to further boost sales of the Amaze.

After hitting the streets of New Delhi, car-maker Honda today launched its most important car for India, the Honda Amaze at an event in Mumbai. The Amaze is Honda’s first diesel offering in the country […]