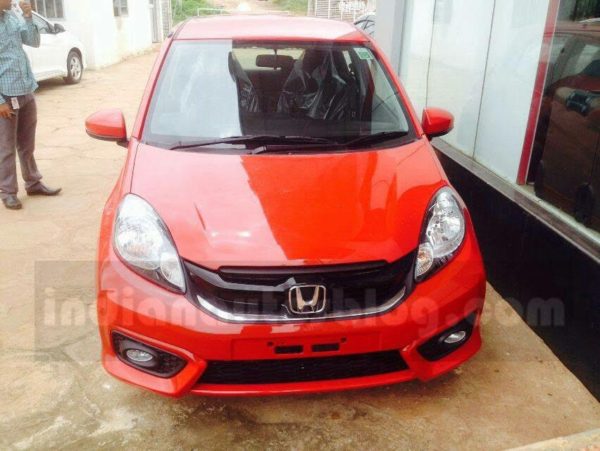 Honda Brio facelift to get updated to exteriors, interiors from Amaze sedan.

Honda is gearing to launch the facelifted Brio hatchback in the Indian market. Honda ad showcased the Brio facelift at IIMS 2016 in Indonesia which gets updates on the interior and exteriors.

The Brio facelift was spotted at a dealership in India and the car will launched soon according to some of our sources. 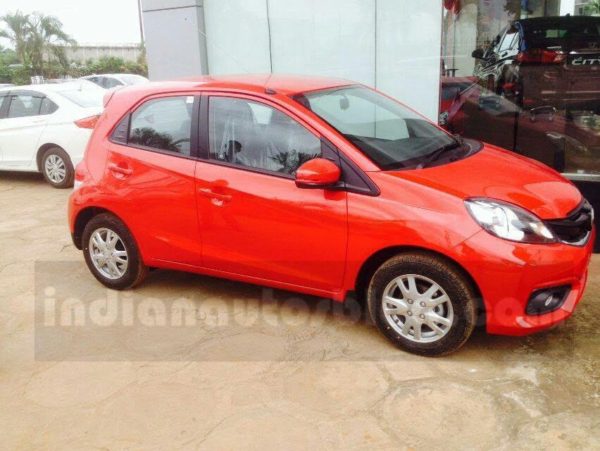 Honda Brio hatchback has not been as successful as other hatch’s in its segment. Smaller dimensions, high price compared to competition, less features and not so appealing interiors are some of the reasons which have limited the success of the car. 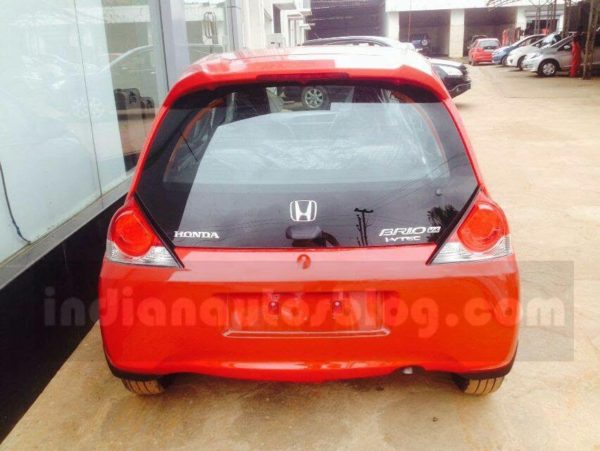 The Brio facelift comes with a new front grille with black treatment unlike the chrome found on the Amaze, new front bumper, a new larger radiator grille and new headlamps. The side profile gets no updates while the rear is identical to the current model. 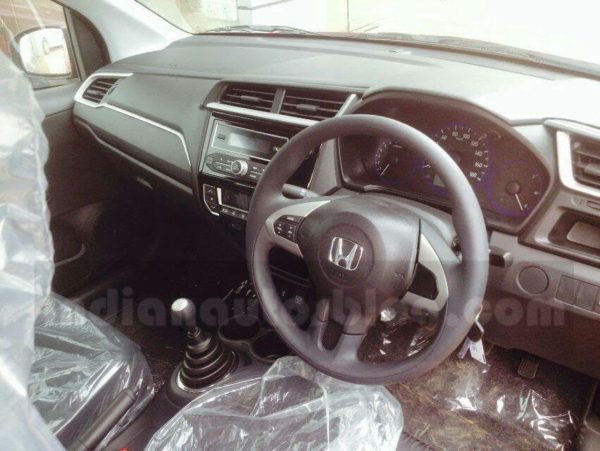 The biggest change is on the inside where the car will borrow the new dashboard from Amaze but will get an all-black theme. The car also gets faux silver and piano black embellishments. . The instrument console is new but misses on the large MID with fuel meter offered on the sedan version.

The Brio will continue to be available with a 1.2 petrol i-VTEC (intelligent Variable Valve Timing and Electronic Lift Control) engine with Electronic Lift Control which delivers high power output at an impressive fuel economy. The Brio has a max output of 65[88PS] @ 6000 and max torque of 109 Nm @ 4500 rpm.

It unclear if the car will get an CVT transmission or continue to offer the 5 Speed AT. We expect the CVT to make it into the car.

Honda plans to launch the new Brio in 2018 which is expected to be larger in size and will come a lot more features and technology compared to the current model.

The all new Honda BR-V concept SUV has been caught undisguised before the global premiere at the Gaikindo Indonesia International Auto Show 2015 (GIIAS 2015). The new BR-V SUV will be the fourth product to […]

Honda Cars India new strategy has worked well for the company. The premium car maker entered the volumes segment with the launch of the Brio hatch but did not really taste the success the company […]