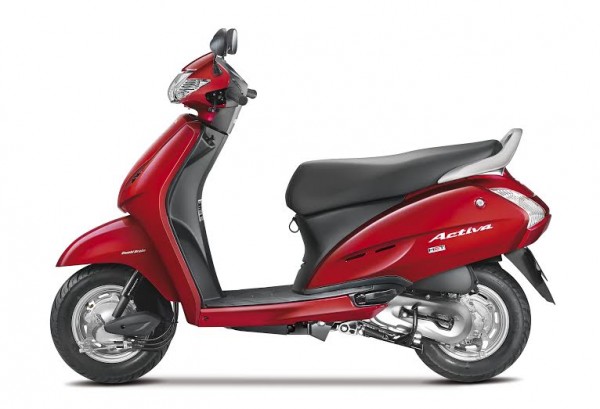 Honda Activa is the largest two wheeler brand sold in the Indian, surpassing Hero MotoCorp Splendor which held this title for many years. Honda Motorcycle & Scooter India has registered the highest growth in the last 12 months and is currently the second largest two-wheeler maker. The company which started its solo innings with the launch of Activa and has three variants.

Honda managed to sell 1,91,883 units in July’14 achieving a 64% YOY growth. Continuing to register higher sales month after month, for the third time in last 11 months the scooter has managed to achieve highest sales amongst all 2- wheeler models sold in the country.

Since its launch in FY 2001-02, Honda Activa has registered phenomenal growth. Its consistent performance along with technology up-gradation for better mileage has won hearts of Indian customers. The latest launch Activa 125 has received an overwhelming response from the market.

Honda Motorcycle Scooter India (HMSI) will have the largest exhibition area among all motorcycle booths, and will exhibit a variety of motorcycle products including all-new scooter. HMSI which has displaced TVS and Bajaj to reach […]

Honda 2 Wheelers launched a new Scooter in India to further strengthen its market position. The Activa-I a new scooter will help the company target a new set of customer’s in personal compact category according […]