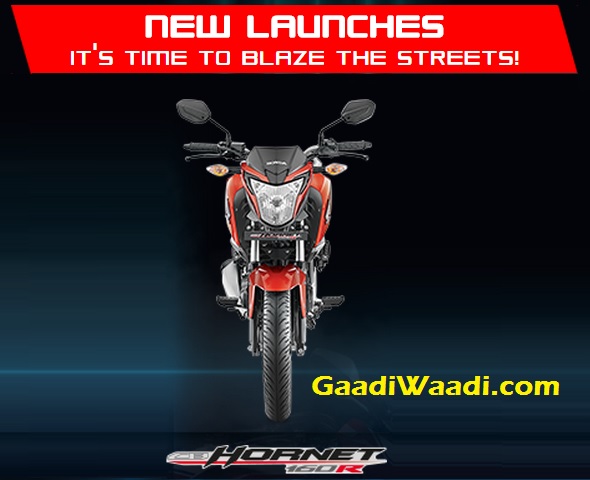 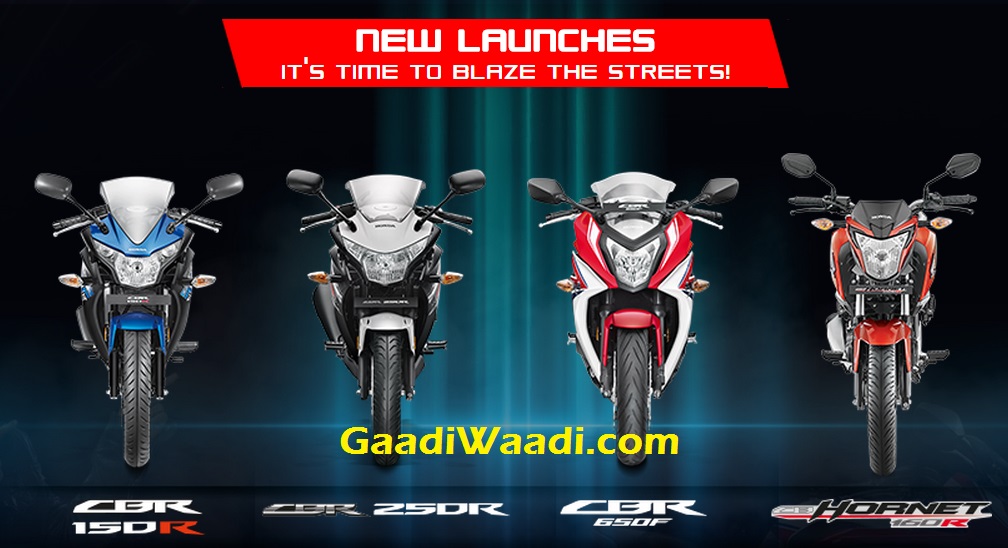 The company has officially announced the launch of Honda CBR 650F, the first from Honda in the 650cc segment which will be made in India.

Another important mode the Japanese two-wheeler major will be launching is the new CB Hornet 160R motorcycle.

The company has been tight lipped about this model and our friends at gaadiwaadi have managed to get images of motorcycle.

The CB Hornet 160R will most likely replace the CB-Trigger which has failed to enthuse and will be powered by the same 160cc engine which also does duty on CB Unicorn 160.

The bike will compete with the likes of Yamaha FZ series and Suzuki Gixxer 160. We can expect Honda to also consider the full fairing version of the CB Hornet 160R in the future.

Honda 2 Wheelers India will launch a new motorcycle tomorrow and have invited us to attend the launch. There are no details shared as to which motorcycle is going to be launched but we are […]