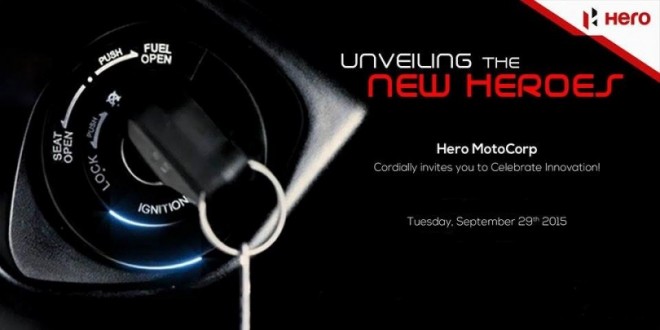 India’s largest two-wheeler maker Hero MotoCorp is all set to launch two new products Duet and Maestro Edge on 29th September. The launch will happen in the Capital city of India and the company may also announce their future strategy and products for the upcoming festive season.

Hero Duet and Maestro Edge will be powered by a new 110cc engine with a CVT transmission. The scooters will be equipped with many segment first features to help attract a larger customer base.

With the Duet and Maestro Edge, Hero will have four offerings in the Scooter portfolio as compared to Honda which has a robust portfolio of 5 scooters with many variants.

Hero MotoCorp is banking on the festive season to boost sales which has shown a slow growth in the last couple of months as compared to its closest competitors which have posted positive growth.

Hero MotorCorp is also expanding their base outside India and is looking at other markets to boost their market share globally. The Indian two-wheeler major has been enjoying the position of being the world’s largest two wheeler company in terms of sales for the last 12 odd years.

Hero Motocorp introduced the 2015 Splendor+ and 2015 Splendor iSmart alongside the new Splendor Pro. Adding to the festive cheer for customers, Hero MotoCorp has introduced a new variant of the highly successful Splendor+. The […]