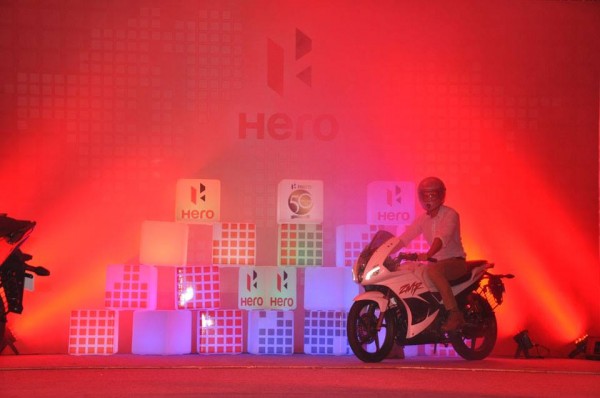 Hero MotoCorp is looking at global markets to further expand its operations and maintain its world leadership. Hero is planning to enter 20 new markets and also set up assembly operations in four countries.

Currently Hero MotoCorp sells products in Nepal, Guatemala, Honduras, El Salvador, Peru and Kenya. By March end, Hero will increase its presence in 20 countries and will enter new markets like Ethiopia, Turkey and Nicaragua in Central America. The company has already started selling vehicles to other new markets such as Tanzania, Uganda, Burundi, Egypt, Ecuador and Bangladesh.

The company is also planning to set-up JV for a manufacturing plant in Colombia to cater to other Latin American markets. In July, the company announced foray into the African continent with the launch of its brand and products in Kenya, followed by Burkina Faso and Ivory Coast.

In August, it announced plans to enter 50 new markets by 2020 with a target of 20 manufacturing facilities across the globe and an overall annual turnover of Rs. 60,000 crore. Hero is targeting 10% of its annual sales to come from export markets, at around one million units by 2017.

Hero MotoCorp has set an ambitious target of cumulative sales of 100 million units by 2020, having crossed the 50 million milestone last year.

Hero Motocorp is the leader in the motorcycle segment and company is looking to replicate the same success in the scooter segment, where Honda currently rules the segment. According to Gaadiwaadi, the upcoming scooter spied […]