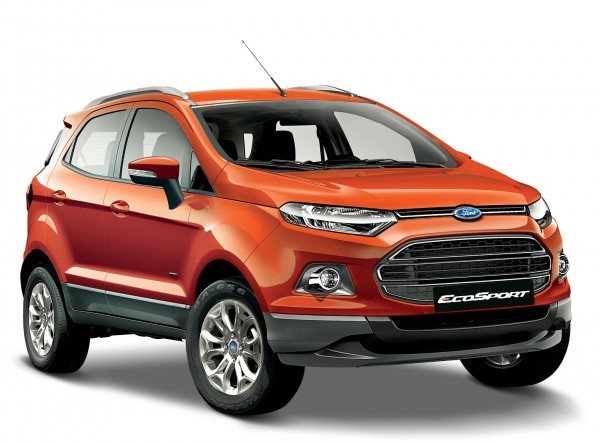 With the cricket season in full-swing, those buying Ford EcoSport will continue to get updates from ESPN Cricinfo even while in their vehicle, thanks to the introduction of SYNC® with Ford AppLink™  in India’s most loved urban SUV.

Starting this month, SYNC® with Ford AppLink™ will be available on the Titanium variant of Ford EcoSport vehicles across all dealership in India. Ford EcoSport will be the second product after 2014 Ford Fiesta to support this award-winning in-car technology, enabling customers to conveniently access their favourite smartphone applications through simple voice-commands.

“Introduction of Ford AppLink™ enhances the value proposition offered by Ford EcoSport,” said Anurag Mehrotra, executive director Marketing Sales and Service, at Ford India. “Consumers today are leading an increasingly connected lifestyle and wish to stay up-to-date even while on the move. Ford AppLink™ addresses this unmet need and helps them stay connected without ever compromising on convenience.”

Besides ESPN Cricinfo, the mobile phone applications available on Ford AppLink™ in India include a location-based app ‘explore by MapMyIndia and a global, secure location sharing app – Glympse. The addition of these apps will allow customers to seamlessly get information about their nearest attractions and food destinations among others. The technology marks new ways for customers to bring their favourite smartphone applications into their vehicles via simple voice commands.

Ford is working with several app partners in India and across the globe to add to the list of Ford AppLink™ compatible apps. The introduction of Ford AppLink™ on EcoSport is a testament to the company’s commitment to democratize advanced technology for masses. Safety, convenience & seamless connectivity are the three cornerstones of SYNC® with Ford AppLink™ technology that allows greater communication between smartphone apps and AppLink™equipped vehicles through voice commands.

Ford’s bestselling urban SUV has continued to delight customers in India and across the world with its styling, outstanding fuel economy, great space and today boasts of more than 100,000 happy customers. Ford EcoSport won more than 30-awards within the first year of its launch to become India’s most awarded vehicle ever.