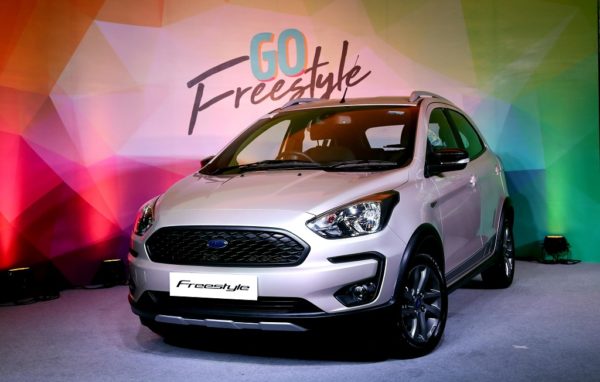 Ford India announced that its combined domestic wholesales and exports in July 2018 were 25,028 vehicles as against 26,075 vehicles in July 2017. While domestic sales stood at 7816 units, exports recorded a much higher figure of 17,212 units for the month.

“The transport strike impacted both the production as well as shipment of Ford vehicles in July,” said Anurag Mehrotra, president and managing director, Ford India.

“In the same period, we reached One million customers in India and remain thankful for their continued faith and trust. Our unrelenting focus on India strategic pillars – Strong Brand, Right Products, Competitive Cost and Effective Scale – continues to ensure that we grow faster than the industry & bring more customers to the Ford family in the time to come.”

In India since 1998, Ford has invested more than US$ 2 billion and remains committed to building a sustainable, profitable business in one of the world’s fastest-growing auto markets. Known for safety and quality, Ford has brought some of the most renowned nameplates to the Indian market, with Ikon, Endeavour, Fiesta, Figo, and EcoSport being the most-selling ones in India. Ford’s current line-up offers a vehicle to suit the needs of every consumer – ranging from Entry level hatchback and sedan in Figo and Aspire to CUV like FreeStyle and SUVs like EcoSport & Endeavour.

Ford’s portfolio in India also includes the iconic Mustang, world’s top-selling sports car in the world. The power of choice provided by Ford also extends to powertrains – from the 1L EcoBoost to the 5L V8 Engine.