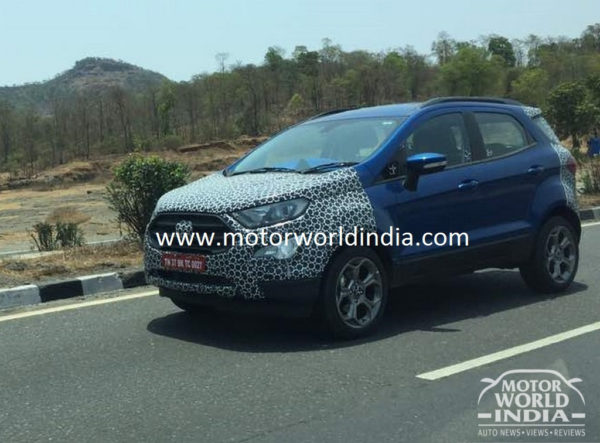 Ford has begun testing the EcoSport facelift in the Indian market on the outskirts of Chennai. Two test mules were spotted with camouflage. The 2017 EcoSport was unveiled at the 2016 Los Angeles Auto Show

Ford will launch the EcoSport facelift in 2017 with vehicles expected to arrive in showrooms in Q3. 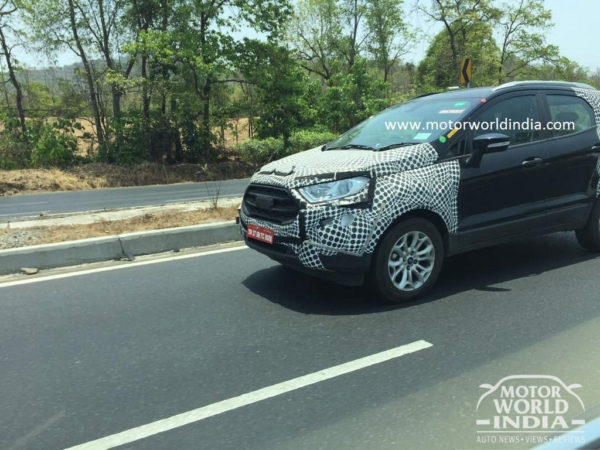 The 2017 EcoSport features a new redesigned trapezoidal radiator grille with larger headlamps with DRLs and new triangular shaped fog lamps. The tail lights also get LEDs and the antenna is moved to the rear. The facelift will also get new design 17-inch grey alloy wheels and a new design spare wheel cover. 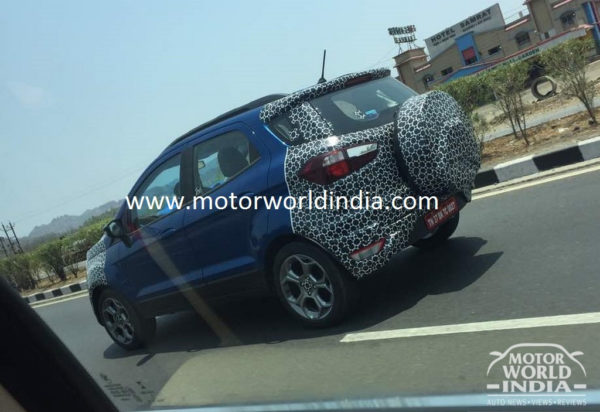 On the inside the SUV will feature a new three-spoke steering wheel, new instrument panel, redesigned centre console with Piano black finish and horizontal central air-conditioning vents. Like the current models the top variants will feature 8 inch touch screen and may also get Ford’s SYNC 3 infotainment system.

One of the test mules has a PEMS (Portable Emissions Measuring System) box mounted on the tailgate.

Powertrains will continue to be the same: 1.5L Ti-VCT petrol engine, 1.5-litre TDCi engine and the 1.0-litre EcoBoost engine. All engines will be paired to a 5 speed manual with a 6 speed DCT reserved only for the 1.5L Ti-VCT (Ford should consider a diesel AT).

Ecosport will face more competition from the likes of Tata Motors Nexon and Hyundai compact SUV in addition to Maruti Suzuki Vitara Brezza and Mahindra TUV300.

Ford India recently issued a recall for the Figo and Figo Aspire and now once again issued a recall this time for the EcoSport. The company is recalling EcoSports from 2 different years for 2 […]