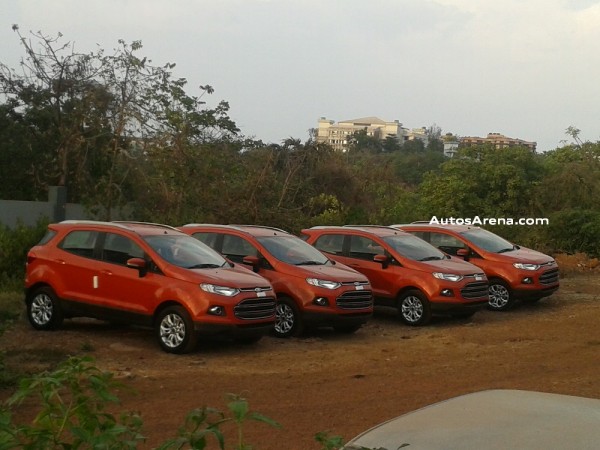 Ford’s most aggressively marketed and awaited car in India the Ecosport urban has been confirmed of being launched in four variants. After showcasing the car at various malls across major cities, following up with the Ecosport Urban Discoveries campaign the EcoSport is getting ready for launch very soon.

The EcoSport will be available in four variants: Ambiente, Trend, Titanium and Titanium Optional.

The Ambiente will be the base trim and will be offered on the 1.5 litre petrol/diesel engine with a 5-speed manual transmission as standard. Being the base variant it comes with Central Locking, front power windows, electric OVRM with turn indicators, and a multi-function display. However safety features, like airbags and ABS aren’t an option.

The Trend variant will also have the same engine as the Ambiente, and in addition to it will have the added safety features of the ABS and EBD. Other than that it comes with height adjustable driver seat, steering mounted audio controls, power windows, body coloured exterior mirrors and small stuffs here and there. 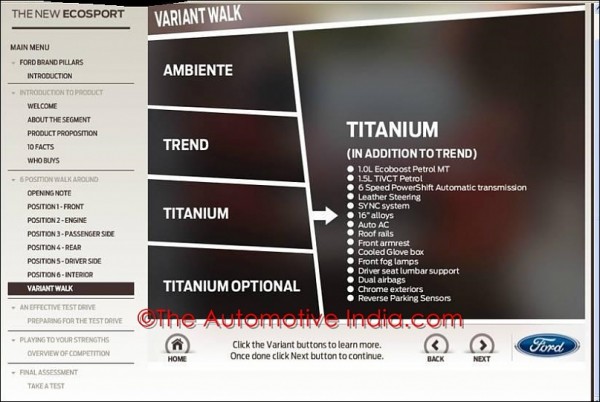 Whereas the Fully Loaded variant Titanium Optional  available with the same engine choices as that of the Titanium gets all Leather seats, keyless entry system, The Start Stop System and side curtains as well.

Ford will be organizing a mega drive in Goa and launch could happen most likely in June.

Stay tuned to AutosArena.com for more updates on the Ford EcoSport.

Ford unveiled the vision for a global B-segment compact car which redefines the expectations for B Segment today in Delhi, 2 days before the mega event, 2014 Auto Expo. The Figo sedan Concept is Ford’s […]