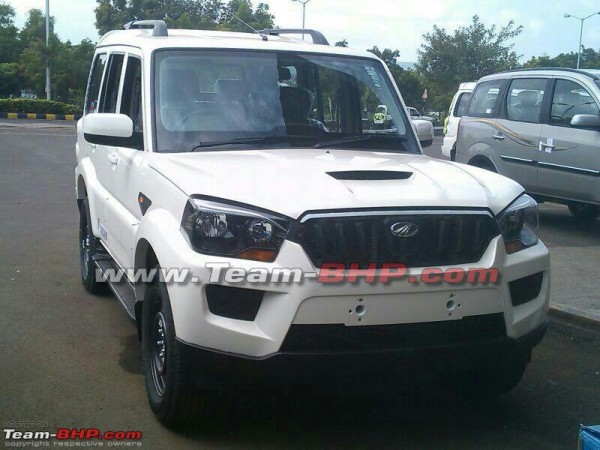 After numerous spy pics, the first undisguised pics of the new Mahindra Scorpio have been leaked. Mahindra had been testing the Scorpio rigorously in the Indian market. A couple of days back the company published teaser ads on the internet and also announced their tie-up with e-commerce website Snapdeal. 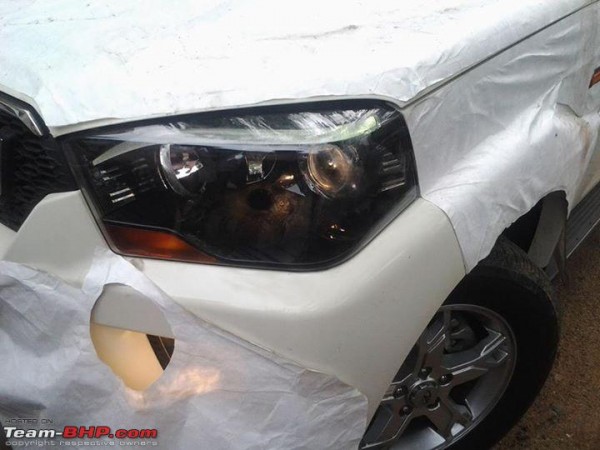 From the first look, the Scorpio looks fresh with a completely re-designed front facia, new double barrel headlamps and LED DRLs, new shape bumper and large chrome grille (the chrome slats are covered in the picture). The Front gives a mixed response with the macho bumper but sedan like lights and grille.

There is no much change on the side profile except the Scorpio is few cm lower and the wheels get new design alloys. The side cladding design is tone down to single large bulge similar to the Tata Safari. 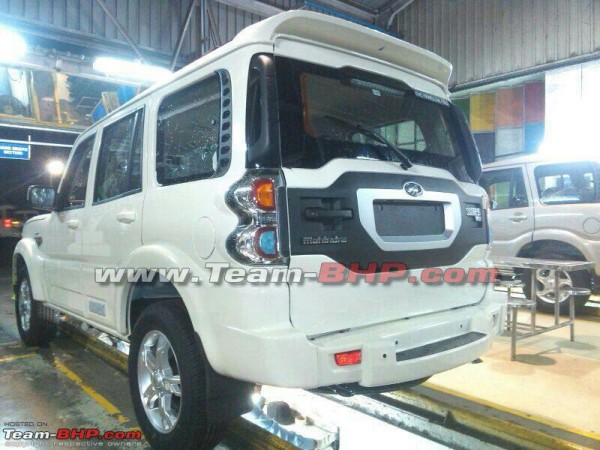 The rear tail gate is completely redesigned and looks a bit overdone. The rear tails are smaller in size with LED technology. Mahindra designers have done away with the tall red reflector cluster and replaced them with handles. The rear bumper is slightly modified.

The biggest change is the new hydroform chassis which will help improve the driving dynamics drastically compared to the outgoing Scorpio. Under the hood the SUV will continue to be powered by a  2.2 litre mHawk diesel engine equipped with micro hybrid technology. 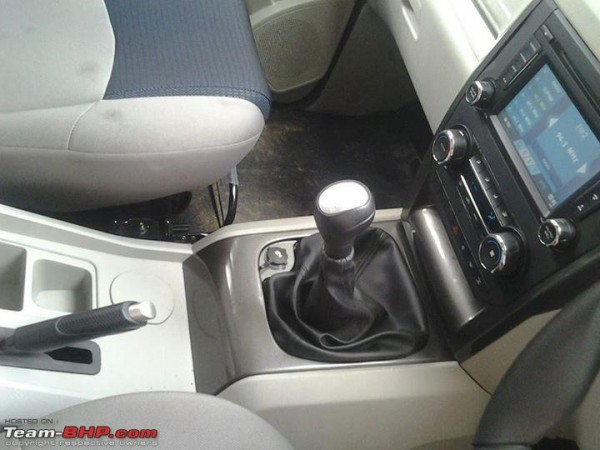 On the inside the Scorpio gets a new dashboard with a modern instrument console, new front seats, 2DIN audio system, touch-screen infotainment system, Steering mounted Audio & Cruise controls and a lot more equipment. The SUV will be available with 6 variants and 2 engine options.

S2 – Is the entry level variant with the m2DiCr engine

S4 – Is the entry level variant with mHawk engine

S6 – This variant would have a 2DIN audio system & the exteriors would be body coloured.

S6+ – This variant would have Driver Airbag & ABS.

S8 – This variant would have Dual Airbags and ABS as standard fitment. It would also come with alloys

The official launch is on the 25th of September and one can book the Scorpio by paying Rs. 20,000 at any Mahindra dealership or online on Snapdeal. Expect a Rs. 20,000 – 30,000 increase from the current models.