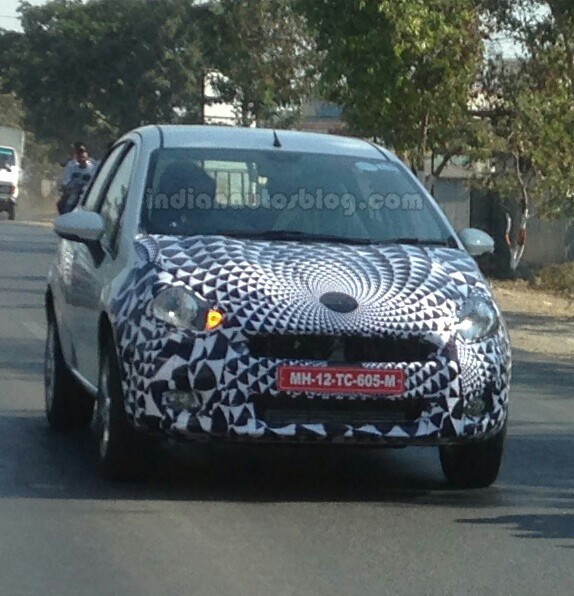 The Punto is the next model in the FIAT lineage to receive an update. The hatch has been caught testing at Ranjangoan, in Pune, near FIAT’s factory.

The Punto facelift will receive changes on the outside & inside. The exteriors will be similar to the Punto available in European markets. The facelift will get revised headlamps, new front bumper with a honeycomb grille, side indicators on the front and new fog lamps. The FIAT logo moves from the grille to the bonnet. The side profile comes with no changes except for a set of new alloy wheels. On the rear the Punto will get tail lamp cluster, a new bumper with fog lamps. The Punto badge moves below the FIAT logo similar to the Linea. There are no sheet metal changes to the car and will retain the same profile. On the inside there are substantial changes which include a new dashboard with piano black finish centre console and better quality plastics.

Under the hood the Punto will be powered by the same set of engines, the 1.2 & 1.4 Petrol engines and 1.3 Multijet diesel engine which will be available in 76 PS and 93 power outputs. 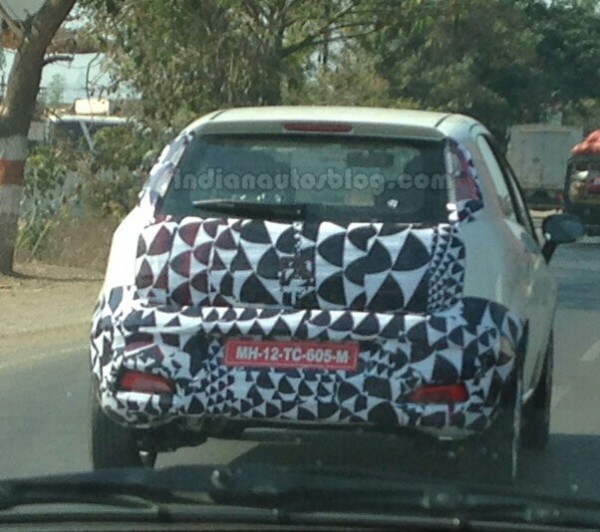 The Punto facelift is expected to be launched in second half of 2014 and we hope some aggressive pricing from the Italian car maker to push sales which are averaging around 700-800. The Punto competes with the Swift, i20, Micra & Polo. The Swift, Polo & i20 will also receive upgrades in 2014 which will make the products even more competitive.

FIAT is all set to launch its third product in the Indian market, the all new Avventura. The Avventura concept made its global premiere at the 2014 Auto Expo. India’s first Contemporary Urban Vehicle (CUV) […]

Fiat India has launched their volume spinner, the Linea Classic at Fiat Caffe in the capital city. The Linea Classic will give the Fiat brand the much need sales thrust. Positioned in the entry level […]

FIAT India rolls out Avventura for the World