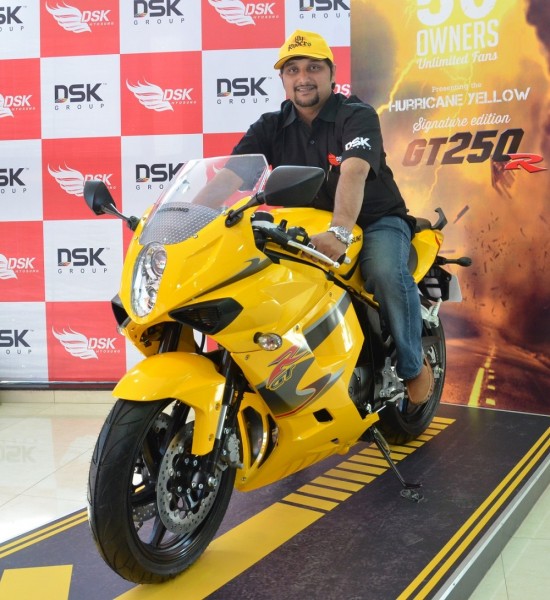 Only 50 units of the GT250 R Signature Edition will be made bearing the signatures of their owners along with branded merchandise. The GT250 R is priced at Rs. Rs. 2,97,000 (Ex-showroom Pune).

This limited edition will be retailed on demand through select dealerships of DSK Hyosung in the country.

DSK Motowheels plans to add more excitement by launching new models and the GV250 cruiser which is the 250cc version of the GV650 Aquila Pro. Expect the cruiser to be showcased at the 2014 Auto Expo and followed by a launch.

DSK Motowheels hopes to sell 1,800 units in this financial year and has already sold 1,100 units so far. The company plans to go mass market and is planning to launch motorcycles in 125cc segment. 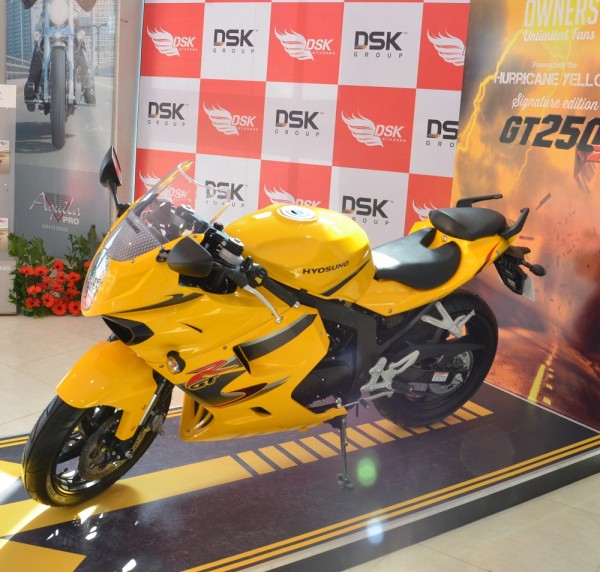 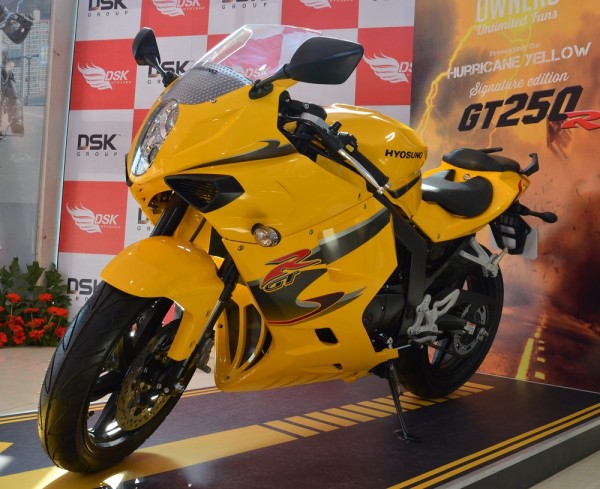 DSK Motowheels launched the all new Benelli 302R – its first track focused full-faired superbike in India at a competitive price-tag of Rs.3.48 lac (ex-showroom India). The DSK Benelli 302R is a perfect blend of […]