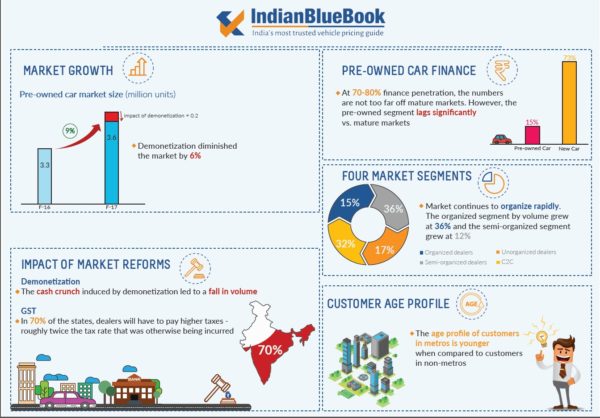 Demonetisation had the whole of India shocked and effects started to show slowly over the months. The auto industry has always to bear the maximum effects of economic decisions.

Over the past year, the market has been hit by significant “jolts” in the form of three major market reforms – Demonetization in November 2016, BSIII/BSIV in March 2017 and GST in July 2017. In addition to updates to the basic market metrics presented in the first edition, the report also reviews the impact of the recent disruptions on the overall market.

How has the market changed since 2016?

How have the market reforms impacted the industry?

Insights on the Total Cost of Vehicle Ownership

What are consumers telling us about pre-owned car ownership?

The market for certified pre-owned cars is booming and Ford India is garnering a fair share of the business. Along with other players like True Value & First Choice, ‘Ford Assured’ – the pre-owned car […]