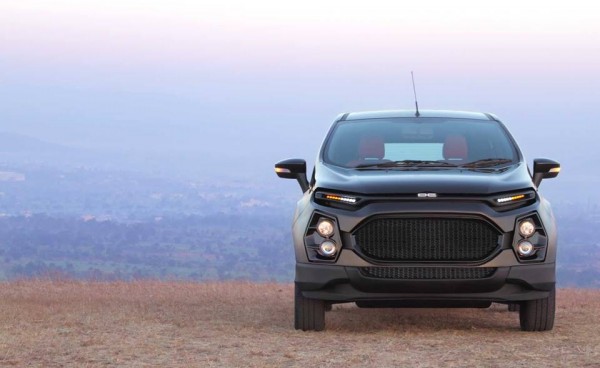 India’s eminet car designer, Dilip Chhabria’s DC Design has just revealed their new DC EcoSport concept and will be launched very soon. The DC EcoSport has been extensively modified on the outside and inside has given the crossover and extensive make over.

The customized DC EcoSport features a new front end, with a large air intake and newly designed front bumper giving the compact SUV even sportier look. The headlights have been replaced by LED daytime running lights with integrated turn indicators.  The headlamps are placed above the fog lights and DC insignia replaces the Ford logo. 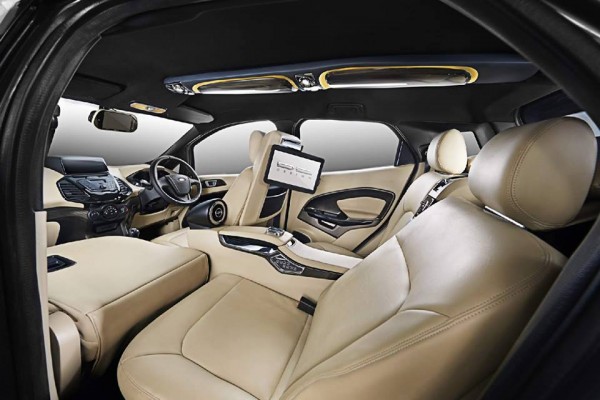 Move to the inside and the EcoSport has been completely transformed. The 5 seater is now modified to seat four only with a 2+2 layout. The black interiors are splashed with beige and leather upholstery with grey black wood finish. The rear seats can be electrically adjusted and the front passenger seat can be completely folded. There is a large LCD screen attached to the back side of the driver seat which can be swirled. A single large rear AC vent is provided to cool the rear cabin. Ambient lights are also provided on the roof liner which makes the cabin livelier.

Price of the customised DC EcoSport and more details are awaited.

A Guide to How Car Modifications Affect Your Insurance

The car modification is a process of changing a car in a way that makes the vehicle different from how it was in its original form. The modification can be made to improve its functionality, […]

To enhance its value for money proposition, Ford India announced a realignment of prices across the entire model range of EcoSport, India’s most awarded compact SUV. Applicable with immediate effect, the Ford EcoSport will be […]

Dual Airbags now standard on Ford EcoSport from base varaint

Ford has introduced Driver & Passenger Airbag on the base Ambiente variant of the EcoSport compact SUV. With the addition of air-bags on EcoSport all Ford models are now equipped with dual air-bags from base […]