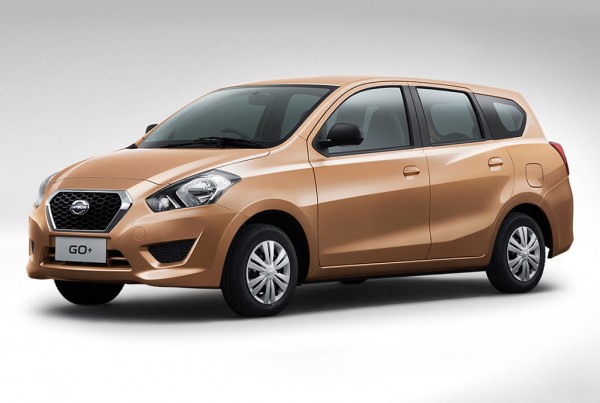 Datsun has pushed the launch of their second model the Go+ MPV to early 2015. The GO+ was expected to be launched in second half of this year, but the company is currently focusing on the GO hatch which has not been able to meet the expected sales volume projected by the company.

The Datsun GO+ is based on the GO platform and was first unveiled in Indonesia. The GO+ was showcased at the 2014 Delhi Auto expo along with the global debut of the Redi-GO small car concept and GO hatch.

The Datsun GO+ will create an all-new segment in the Indian market. The Go+ MPV measures less than 4 meters and can accommodate seven people. The MPV comes with 5+2 seating option. The additional third row is largely for 2 small kids only.

The GO+ is powered by the same 1.2 motor which does duty on the GO hatchback. There will be no diesel engine on offer and Datsun may consider the model in future if demand does exist.

The GO+ will be made at the company’s Chennai plant alongside the GO hatchback.

Datsun GO is currently sold through Nissan dealers across India and the company is looking to set-up standalone dealerships to further push sales.

Datsun GO & GO+ Style editions will be on sale from August through October 2016. Datsun rolled out the ‘Style’ editions of its GO and GO+ models ahead of the festive season in the new […]

Datsun retails  2925 units of redi-Go in June 2016. The redi-Go entry hatch has helped Japanese car maker Datsun to become one of the fastest growing brand in the Indian market. Redi-Go which was launched […]