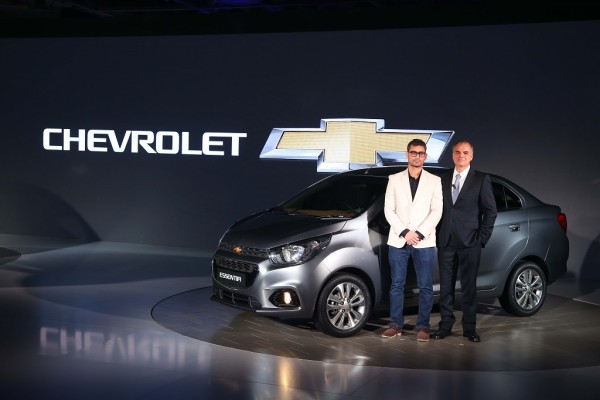 The Essentia headlines Chevrolet’s aggressive plan to increase its presence on Indian roads by tackling the fiercely competitive compact sedan market which is currently ruled by Maruti Suzuki Dzire.

The Essentia has been specifically designed, to suit the tastes and needs of the discerning Indian consumer while also ensuring strong global appeal, at the GM Korea Design Studio.

Designed in direct response to consumer demand for passenger cars that offer a combination of value, space and technology, the Essentia has functionality and style at its core. It strikes the perfect balance between personality and practicality, content and luxury.

The Essentia compact sedan shares the platform with the new platform Beat and will share the same powertrains. The new Beat will also be launched in 2017. We can expect the cart to be powered by 1.0-litre three-cylinder petrol engine derived from the company’s new 1.4-litre Ecotec engine and 1.0 diesel engine will be on offer when launched. The Essentia could be offered with dual airbags and ABS as standard with other safety features.

Ford India pulled the wraps and has confirmed the launch of the icon, Mustang in the Indian market. The American car maker will bring the Mustang GT in mid 2016 which sets new performance and […]

Chevrolet India is working towards increasing its numbers which have seen a big dip in the last 3-4 months. The bad market condition is one reason to be blamed for the same. In a hope […]