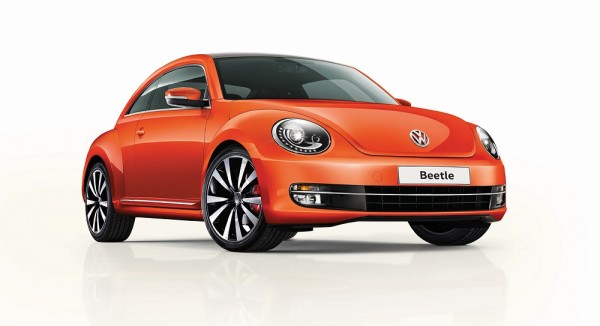 Volkswagen will soon introduce the new Beetle in the Indian market. The German car maker has been working on solutions for the Diesel scam and the new Beetle could help the customers to forget this incident.

Volkswagen has announced the commencement of bookings for the much awaited 21st Century Beetle and prospective customers can book the car either through select Volkswagen showrooms across India or at www.bookmybeetle.in

The new Bug carries forward the legacy and iconic image of the Beetle and the new styling is defiantly cotemporary. The official launch of the 21st Century Beetle will happen very soon.

The Beetle was launched in India in December 2009 and was sold till 2013. The sales were low considering the high price tag. The VW Beetle generated a lot of buzz when launched as it was the car which had set the wheels rolling for Volkswagen. We can certainly expect similar interest when the new Beetle goes on sale.

The biggest question will be pricing, and we hope VW does not price the car exuberantly high. But we can certainly expect pricing to be Rs. 30 lakhs plus.

The Beetle will compete with the likes of MINI and Abarth 500 595 Competizione in India.

In honour of the great classic the ‘Plattenwagen’, Volkswagen has introduced a special edition Transporter. Around 70 years ago, Dutch VW importer Ben Pon visited the Wolfsburg plant and came across a curious vehicle – […]

Volkswagen India has launched a useful new mobile service application for its customers, which will provide direct access to information on network and latest sales and after-sales offers. Meant for iOS- and Android-powered smart devices, […]

Mody Group in association with VW delivers its 12,000th car on Gudi Padwa

Mody Group in association with Volkswagen, Europe’s leading car manufacturer today, announces the delivery of its 12,000th car on the prosperous occasion of Gudi Padwa. In conjunction to this, marking yet another successful achievement, Volkswagen Thane […]