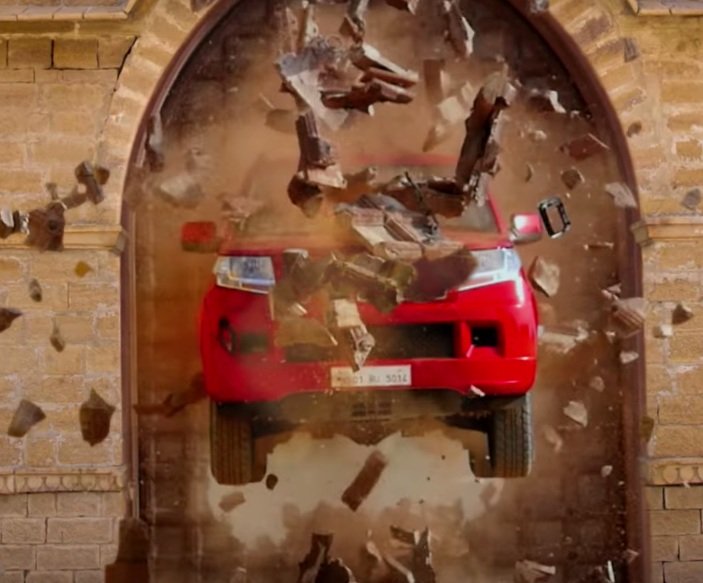 Mahindra has started accepting bookings for the Iconic True Blue SUV Design inspired by a battle tank TUV 300 which is slated to launch on 10th of September 2015.

The TUV 300 gets a Jeep inspired front grille and up right angular head lamps. The side profile does look a bit boxy but the squared wheel arches and Alloys do stand out. The rear lights are neatly integrated in the boxy shape and give it a compact look.

The TUV 300 will offer 5+2 seating making it a seven seater. The 3rd row will get jump seats like the Scorpio and Quanto.

Power will come from the brand new 1.5 litre Mhawk80 diesel motor which is a revised version of the Quanto three cylinder unit. Transmission options will include 5 Speed manual. TUV 300 will also be available with an automatic AMT gear box.

TUV 300, will be available in three variants: T4, T6 and T8. The SUV will also get Mahindra’s Micro Hybrid technology which is available on the Scorpio and XUV500. Another fuel-saving technology an Eco Mode could also be on offer.

Mahindra has also launched a teaser ad for the upcoming SUV.

Pricing will be competitive and we could expect it to close to Rs. 7 lakhs mark with all the major features offered as standard.

The TUV 300 will help Mahindra to take on the likes of Ford EcoSport, Renault Duster and Nissan Terrano.