The most awaited motorcycle Bajaj Dominar launches on 15th December.

New spy images of the Bajaj Dominar 400 have been published on Facebook a day before the launch giving us one details of the soon to be launched Bajaj Dominar.

The new flagship motorcycle based on the Pulsar CS400 concept will kick start a new dominance according to the company and certainly has most of the boxes ticked to start a new revolution like the Pulsar did 15 years ago.

The most powerful offering from the Bajaj stable the Dominar 400 will be powered by the 390cc motor which also does duty on the KTM 390. The bike will be detuned to allow KTM to offer higher performance but will be feature loaded making it more value for money. 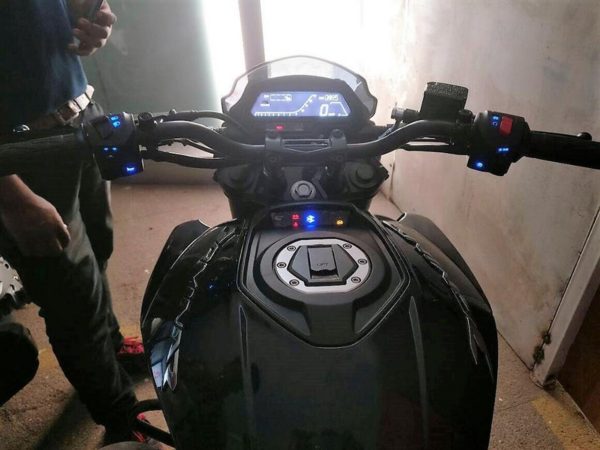 The fresh images give more details of the instrument cluster and the second display on the tank. The full digital console with blue background looks premium. It displays details like speed, rpm, distance travelled, trip meter, fuel gauge and a clock. While the display on the tank houses the warning lights.

LED headlamp a first in segment is another premium offering. The alloy wheels get a unique design but also makes us think about the durability, as the bike could be abused and hopefully don’t fail. Disc brakes are standard on the front and rear. 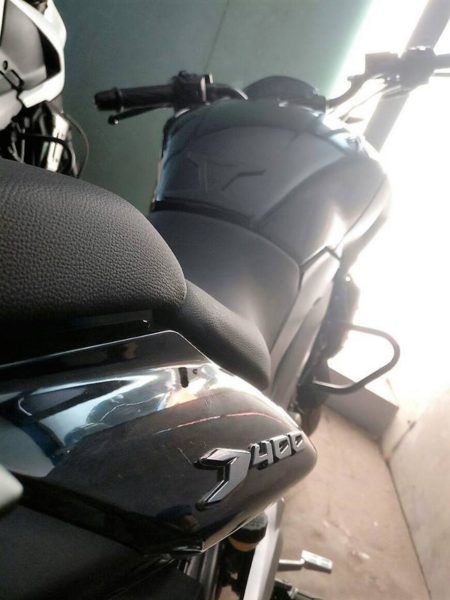 Production of the bike began on 18th and the first batch of the bike was rolled out at Bajaj Auto’s Chakan plant. A first for Bajaj is the assembly line for the Dominar is managed only by women engineers making the roll-out even more special.

Bajaj Pulsar 150 Twin Brake to coexist with single disc variant. Bajaj Auto launched the all-new avatar of Pulsar 150 with Twin Disc brakes. According to the company, the new variant will provide sharper and […]

Bajaj Pulsar CS400 Spied testing, eminent launch somewhere between July and September There is some pleasant news to Super-bike enthusiasts, Bajaj India has finalized the Pulsar CS400 and has begun testing it. This officially […]