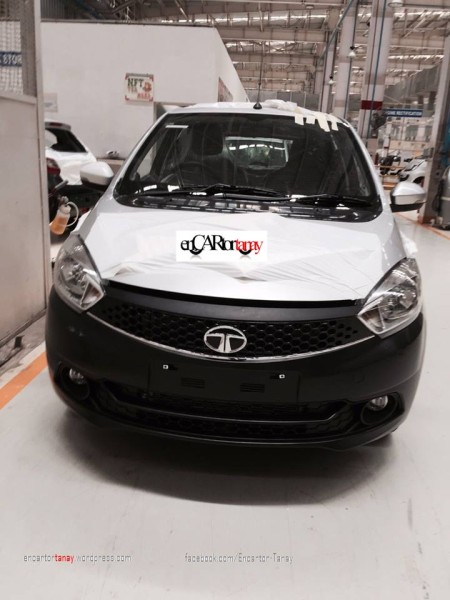 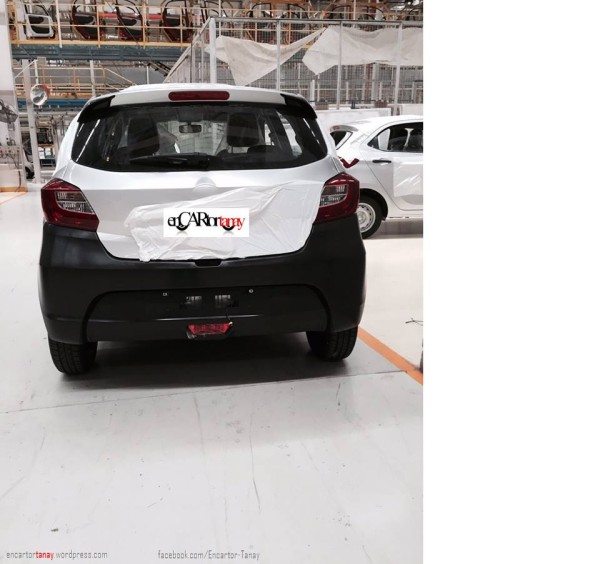 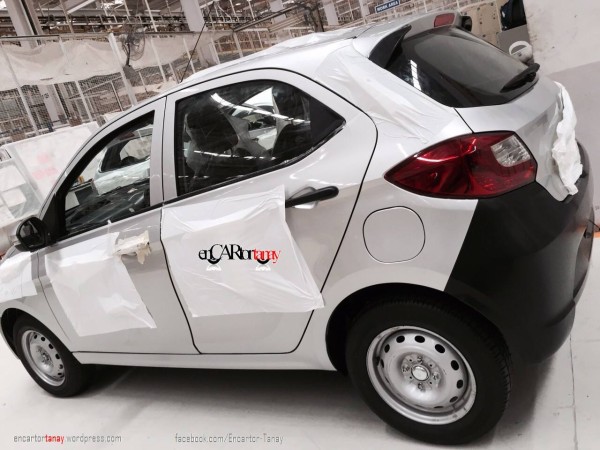 Tata Zica base variant has been snapped and the car looks good even with black bumpers. The Zica should be offered in at least 4 variants XE, XM, XMS and XT following the new variant naming nomenclature which is getting standard across other cars like Nano, Zest and Bolt.

Even the base variant of the Zica features foglights, steel wheels,, chrome highlight for the grille, body-colored wing mirrors with integrated turn signals, and a rear wiper and washer. This could be either XE or XM and looks more of a second entry model to us.

We were the first to uncover the Zica officially inside out and today morning Tata Motors released official sketches of the car.

The Zica is based on a heavily re-engineered version of the Indica’s platform and will be the second product to be manufactured at Tata’s Sanand plant in Gujarat after the Nano.

The Zica will be powered by an all-new three-cylinder 1.2-litre petrol engine, and a three-cylinder 1.05-liter diesel engine which is basically a scaled-down unit of Tata’s 1.4-liter four-cylinder unit. A 5 speed manual transmission and an AMT could be offered.

The pricing could start at Rs. 3.5 lakhs for the base petrol.

Read everything about the ZICA here.

Tata Motors had announced the launch of two new products to be unveiled at the 2014 Auto Expo, new Vista with a 1.2 Bi-turbo petrol engine (Falcon 4) and the Manza Compact Sedan (Falcon 5). […]

Tata Kite 5 sedan to be called Viago or Altigo, launch in 2017