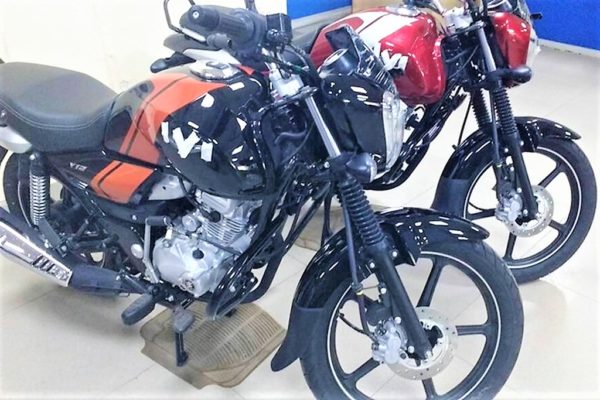 Bajaj Auto has fitted the Bajaj V12 (Vikrant 12) with a front Disc brake. The V15 was introduced with a disc brake since launch, however the V12 was offered with a drum brake.

The V15 is fitted with a 240 mm Disc brake at front, and we can expect the same to be installed on the V12.

Dimensionally both the bikes are same; however the V15 weighs 4 kgs less as compared to V12 which weighs 137 kg. Other key features of the bike are removable rear cowl, LED tail lamp, textured seats and unique styling.

The Bajaj V12 with front disc brake is priced at Rs. 57,003, while V15 is priced at Rs. 63,001 ex-showroom Delhi. The company has sold over 2 lakh units of the V series motorcycles since launch.