There is some pleasant news to Super-bike enthusiasts, Bajaj India has finalized the Pulsar CS400 and has begun testing it.

This officially confirms the entry of Bajaj into Superbike segment with a home grown product. Bajaj unveiled a prototype of the CS400 way back in 2014 Auto-expo and is planning to bring this on Indian roads sometime in the next couple of months.

Power to come from KTM 390 engine 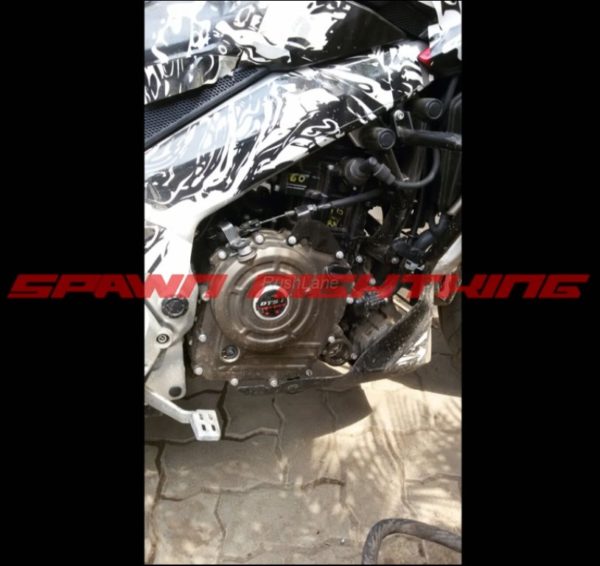 The bike is expected to be powered by the same engine which does duty on the KTM Duke 390 although certain modification have been put in place because of the difference in dynamics of both these bikes.

The KTM Engine along with the Bajaj’s patented triple-spark ignition technology will enable the power house to churn out slightly more power although we can’t estimate how much she is going to weigh as of now.

Bajaj hasn’t compromised on the safety and comfort aspect of the vehicle by going ahead and will be offering a front and rear disc brake set-up mated with dual channeled ABS as standard across the bike range.

The company has provided telescopic suspension at the front as opposed to the initial prototype which had inverted fork thus enhancing the high speed maneuverability of the vehicle.

On the expected lines, the CS400 is based on the Pulsar 200RS’S platform and hence we can expect aggressive styling, better pricing proposition and a whole amount of adrenaline rush.

Bajaj is planning to bring out the bike at a price of Rs 1.8lakh which would mean a direct competition to the company’s very own market leader, the KTM Duke 390. This would a really interesting battle for supremacy which we don’t want to miss out.

Video of the Pulsar CS400 testing

Bajaj Auto, introduced the 2017 Pulsar RS200 edition in the Indian market. The company had showcased the motorcycle at the 2017 Autocar Performance show. The new full faired Pulsar RS200 continues to set standards in […]

The Bajaj Dominar 400 is all set to hit the Indian roads on 15th December and the bike has already created a lot of stir. The new motor cruiser has been spotted and the bike […]