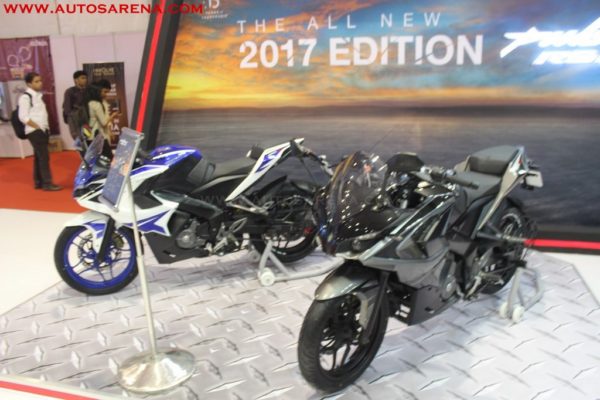 Bajaj Auto, introduced the 2017 Pulsar RS200 edition in the Indian market. The company had showcased the motorcycle at the 2017 Autocar Performance show.

The 2017 Pulsar RS200 is available in two all new graphic schemes:  Racing Blue and Graphite Black.

There are no other changes to the motorcycle apart from color changes and BS4 complaint engine.

Bajaj to launch BS IV across entire line-up in 2017. Bajaj Auto has stopped production of the popular Pulsar AS Series. The dealers have stopped receiving the Pulsar AS 150 & Pulsar AS 200 and […]

Bajaj Auto is world’s only auto company in Forbes World’s Top 100 Most Innovative Companies 2014 Bajaj Auto is India’s 5th Most Valuable Brand, according to study by Millward Brown and WPP Bajaj Auto has […]