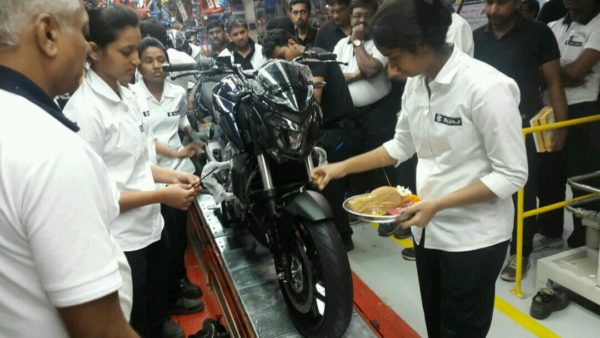 Bajaj Dominar 400 Motorcycle to be launched in Mid-December 2016.

Bajaj Auto has commenced the production of its biggest and most powerful 400cc bike most likely to be called the Dominar, a new brand which will be flagship model.

This is a historic moment for Bajaj as exactly 15 years back in November 2001 the company had launched its iconic brand Pulsar which went on to define the sports motorcycle market in India. The Pulsar was a make or break model for the company which has scripted a success of its own.

Pulsar continues to be a market leader in the sports segment for 15 years. The new big bike model, which is scheduled to be launched around mid-December 2016, is also expected to dominate Indian roads in this segment for the coming decade.

First showcased as a concept at the 2014 Auto Expo as Pulsar CS 400, the new brand will be called Dominar. 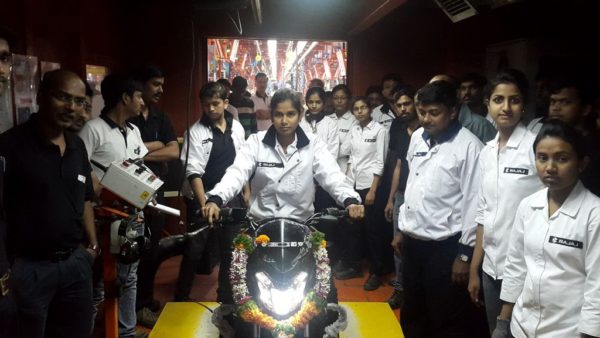 The first batch of the bike was rolled out at Bajaj Auto’s Chakan plant and on the assembly line which is managed only by women engineers making the roll-out even more special.

This is a milestone event for Bajaj Auto as a manufacturer embracing the best technology as well an organisation committed to gender diversity. 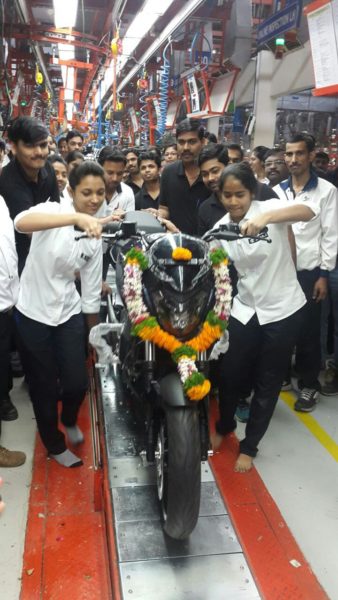 According to Mr. Eric Vas, President (Motorcycle Business), Bajaj Auto, “We are proud to announce this historic roll out at Chakan today with our all women assembly line. Our new bike will set new benchmarks in its segment. There is already a lot of buzz, anticipation and excitement about the bike and its features, price and name. However, all our patrons and bike enthusiasts will have to wait for some time, till we share details of the new offering. 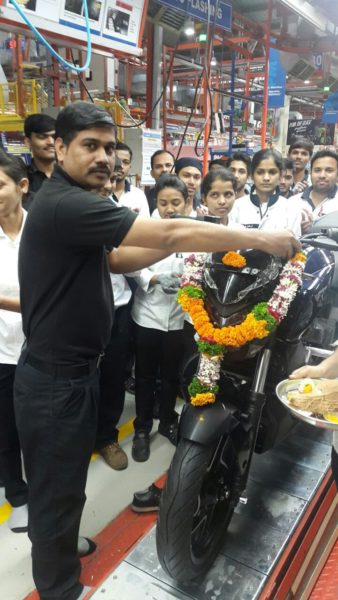 The Bajaj Dominar 400 is all set to hit the Indian roads on 15th December and the bike has already created a lot of stir. The new motor cruiser has been spotted and the bike […]

Bajaj has introduced Demon Black edition of the Pulsar RS 200 in the Indian market. The Pulsar RS 200, since its launch in March 2015 has claimed leadership in the super-sports motorcycle segment. The company […]

The Bajaj Pulsar, India’s very popular sports bike is receiving a new paint job. To keep the blood pulsating among the buyers, Bajaj Auto has launched three new shades on the Pulsar 200NS. The new […]