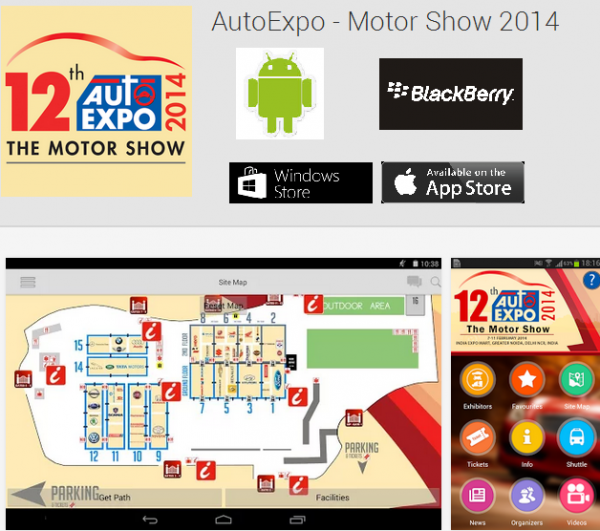 2014 Auto Expo was one of the best managed expo in the Indian history. The overall experience was made even better thanks to the mobile app which kept the users updated with all the events, hall layout and news feeds.

The Mobile app was launched for the first time and received an overwhelming response with more than 32,000 downloads in less than 3 weeks. The organizers of the Auto Expo had launched the mobile application for the 2014 Auto Expo and was available for Android, Windows, iOs and Blackberry users.

Auto Expo – The Motor Show has also created a robust and interactive presence on the social space engaging audiences on different online platforms. The Facebook page ‘Auto Expo-The Motor Expo’ has more than 70,000 active fans with more than 3000 active users on Twitter. @Autoexpo2014 twitter handle received more than 5000 tweets during the first two days of the expo.

Chevrolet has announced the launch of the face lifted Beat at the 2014 Auto Expo. The sporty looking hatchback will get cosmetic updates on the outside and inside. Thanks to Overdrive for posting images of […]

BMW gears up for Auto Expo 2014 with ‘i’, ‘M’ and ‘X’. The German luxury car maker BMW & MINI will showcase their might and interesting products to reinforce their portfolio in the Indian market. […]