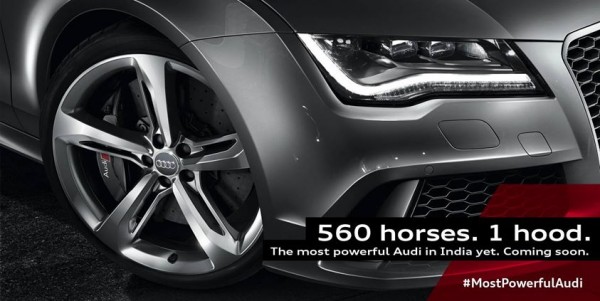 Audi will soon add a new model to the RS line-up in the form of RS7 on 7th January. The he RS 7 Sportback, made its debut at the North American International Auto Show 2013 in Detroit and is tagged as the most powerful Audi ever.

The engine is mated to an eight-speed tiptronic gearbox which is specially tuned to the sporty character of the Audi RS 7 Sportback. Drivers can choose between the modes D and S or change gears themselves using the shift paddles on the steering wheel or the selector lever, which sports a unique RS design.

The RS7 Sportback will be launched as a CBU and will be priced above the 1 crore mark.

Audi, the German luxury car manufacturer introduced a new version of the popular Q3 SUV – Q3 Dynamic Edition. Only 101 units of the Q3 Dynamic limited edition SUV will be made and sold across […]

Click here to read more about the Audi Q3 Dynamic