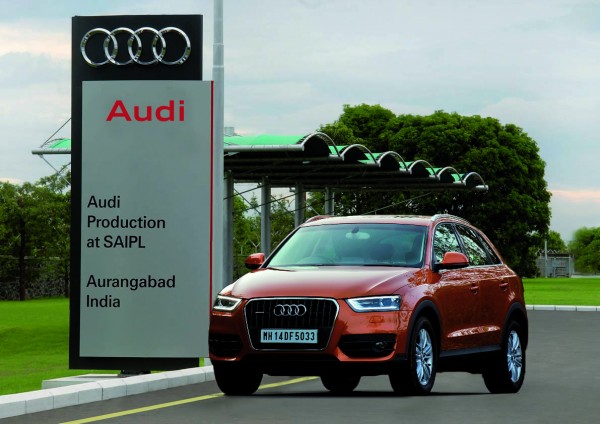 The Q3 helped Audi reach the number one position in the growing Indian luxury market. Audi has sold more than 6426 vehicles in the first 8 months.

Audi has a total capacity of 13,000 units in a one-shift operation at the Aurangabad plant. The luxury car maker is also evaluating options to further increase capacity in the future and is considering Chakan plant to set up a new line.

Audi will launch the new A3 compact sedan in the Indian market by early next year followed by the facelifted A8 sedan both vehicles have been spotted testing in India at various locations.