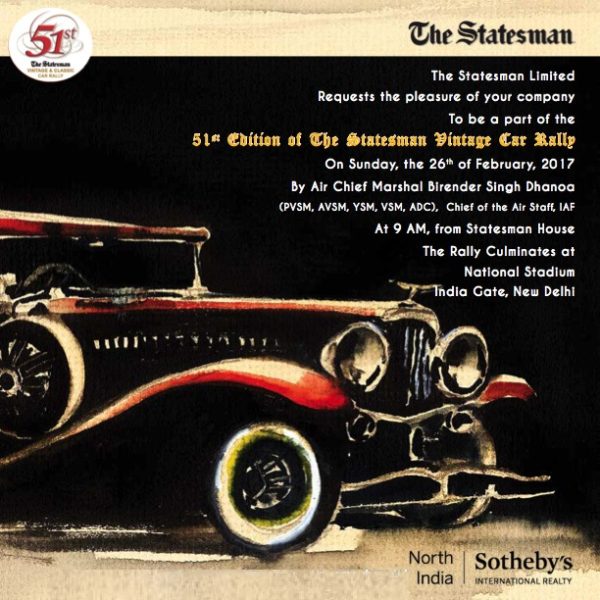 It’s that time of the year again. Delhi’s vintage car aficionados and owners are gearing up for the 51st edition of The Statesman Vintage & Classic Car Rally, India’s oldest and most prestigious car rally, that features some of the most stunning automobiles ever manufactured.

The Statesman Vintage & Classic Car Rally is the oldest continuously-run vintage car rally in India or the sub-continent.

The first edition of the rally took place back in 1964 in Delhi.

From 1968, it was also held in Kolkata. The Statesman, a nearly 200-year-old newspaper, organises the event that sees vintage beauties cruise down the streets of the Capital.

The schedule for the annual event is as follows:

Flag off ceremony at The Statesman House

Culmination and prize distribution at the Dhyanchand National Stadium

21 Gun Salute which has been successfully presenting the International Vintage Car Rally & Concours Show in India for the past years have announced the dates for 2016. Year after year, the event is getting […]