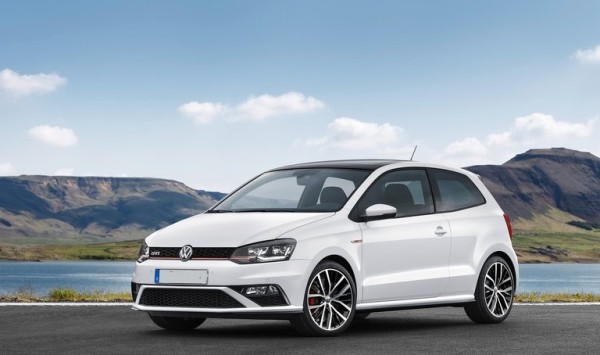 German Automaker Volkswagen is getting set to launch the high performance hot three door version of the Polo hatchback badged as the Polo GTI in September 2016 in the Indian market.The Polo GTI be unveiled at the Delhi Auto Expo  in February.

Volkswagen Broad has given a green light to the hot hatch after a year of deliberation and the company is believed to be working hard to achieve a competitive price.

The Polo GTI that’s coming to India is the 3 door version and not the standard 5 door version which is a bold move by Volkswagen.

The Interior of the Polo GTI too will receive upgrades with red contrast stitching, aluminium pedals, new steering wheel and new Sport seats with part Tartan upholstery.Powering the Polo GTI is a four cylinder, 1.8 litre TSI engine producing a staggering 187 bhp and 320 nm of torque mated to either a 6 speed manual gearbox or a 7 speed DSG automatic transmission.

Being a full import the Polo GTI won’t come cheap and could be available at a price point above Rs. 20 lakhs. Volkswagen is not looking at big numbers, instead the company believes that the Polo GTI will be bought by enthusiasts who will be ready to pay the premium to own one of the fastest and most powerful hatchbacks in the country.

Volkswagen will also gauge customer response during the Delhi Auto Expo where the car will be unveiled.

Stay tuned for more updates on the Polo GTI.

Volkswagen Polo facelift is still a month and half away, but the car has been spotted completely undisguised in Pune. The Polo facelift will get changes on the outside, inside and an important change under […]