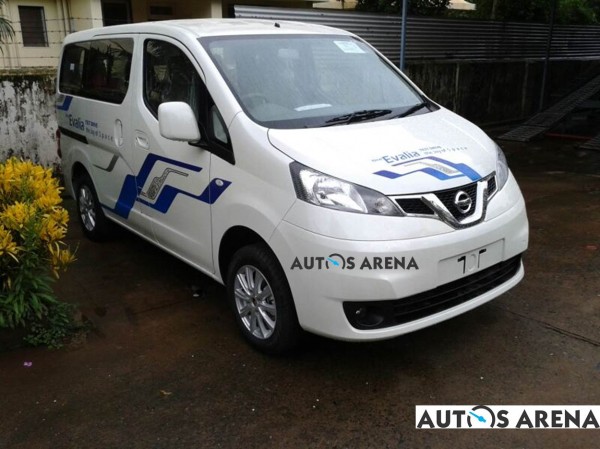 Nissan will launch the updated Evalia very soon. The 2014 Evalia was spotted at a dealership and comes with a minimal changes compared to the updated launched in 2013.

On the outside the Evalia gets a new grille and is different from the one showcased at the auto expo. On the rear end the MPV comes with a chrome strip which gives a more premium appeal. The centre console comes with brown colour Faux wood, roof mounted AC vents for the second and third row. Apart from these changes the Evalia will continue to offer sliding Euro window, 15” alloy wheels, a 2 DIN Audio system with USB, Captain Seats with arm rests and rear wiper with defogger. 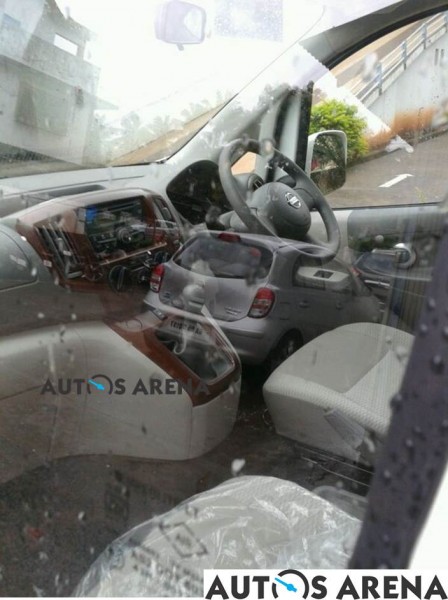 Under the hood the Evalia will continue to be powered by exiting 1.5 dCi diesel engine which develops 85 HP @3750 RPM and max torque of 200 NM @ 2000 RPM. In terms of safety the MPV offers ABS, EBD and Brake assist.

The Evalia has not been able to sell in large numbers as the MPV lacked a few features like captain seats, roof mounted AC vents etc compared to the Innova which is the main competitor. The new features and new positioning could help the Evalia retail higher numbers.

The MPV segment is soon going to witness more competition from the likes of the new Honda Mobilio which will be launched by end of this month.

More than 90% risk their safety by not using rear seat-belts: Nissan-SaveLIFE study

In a recent countrywide study jointly conducted by Nissan India and SaveLIFE Foundation it came to light that more than 90 percent respondents did not use a rear seat-belt while being driven, thereby risking their […]

Nissan India launched the new facelifted Sunny in the Indian market. The 2014 Sunny receives comprehensive changes on the exteriors and interiors which makes the car more premium. The tenth generation Sunny was first introduced […]

Nissan introduced 2017 Sunny in the Indian market. The models gets mainly cosmetic changes with more features and will be on sales across the country starting 17th January. On the outside the car is now […]