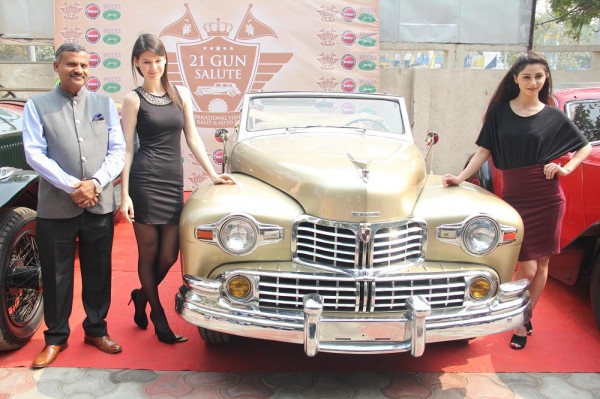 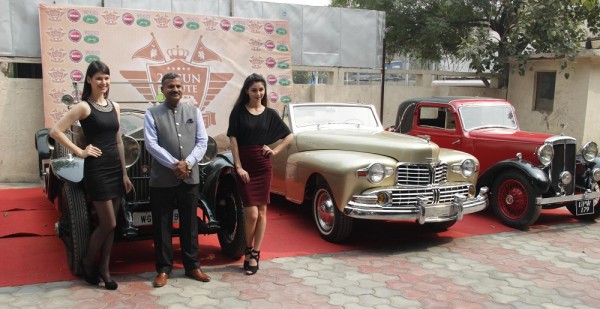 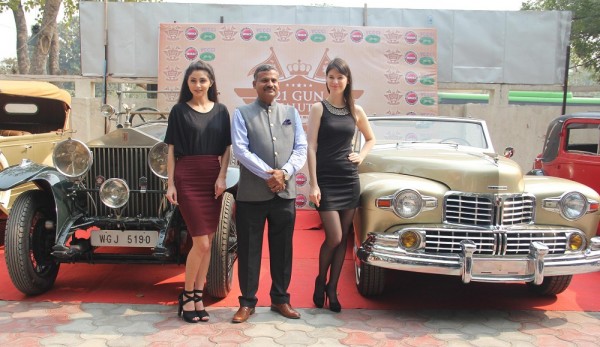 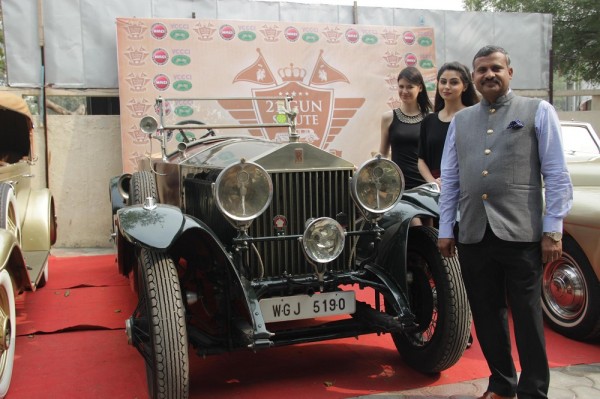 Vintage Cars and 21 Gun Salute International Vintage Car Rally is not unheard of in Delhi NCR. However, the 5th edition of this rally will be a glorious stepping stone as several international vintage car clubs have expressed their desire to be a part of India’s most prestigious vintage car extravaganza.

Mr. Madan Mohan, Managing Director, 21 Gun Salute said “This year the vintage car rally will be organized at a much larger scale and will be grander than the previous editions. The vision of the event is to place India at the global tourism map as the most attractive country when it comes to vintage cars and heritage motoring history. It aims at acquainting the youth to the rich heritage and culture of cars in India.

We will be inviting several international car clubs and royal families from across the country, who will be bringing their cars to participate in this mile stone event. Great food amazing music and lots and lots of vintage cars and bikes will make this event truly magnificent affair to remember”

201 vintage cars, carefully selected from a pool of over 3500 vintage cars across India, mesmerizing musical performance, presence of royalty and the great Indian royal food, so there is beyond just a rally on the 21st and 22nd February 2015 at the leisure valley ground.

Confirming the participation of The Malaysia Singapore Vintage Car club  Mr Madan Mohan told, “ The 5th edition of 21 Gun Salute International Vintage Car Rally & Concours Auto show will be probably the first vintage show, where vintage cars will be coming across boundaries of Indian subcontinent. The Malaysia Singapore Vintage Car club is one of such overseas vintage club who has confirmed their participation with 7 -8 vintage cars. “Besides, the vintage car clubs in UK, Srilanka, and Paris have expressed their desire to be a part of this historic vintage rally in India.”added Mr Madan Mohan

The rally will be flagged off from historic Red Fort Delhi on the morning of Saturday, 21st February, 2015 and pass through historic monuments like Rajghat, Teenmurti Marg. National art Gallery etc and culminate at Leisure Valley Park in Sector 29 Gurgaon. At the Culmination point, a grand reception will be organized to felicitate the participants and other guests. The entire caravan of vintage cars, vintage bikes and scooters participating in the rally will consummate as one of the biggest vintage car shows in India.

On the second day ie Sunday 22nd February 2015, these vintage cars will take a round of Gurgaon also.

Besides, showcasing the rich automotive heritage to the world, the rally takes up a social cause too. Previous editions have supported the welfare of special and blind children. This year it has added the message of ‘Save the Girl Child’. A percentage of the proceedings from this event will be given as a charity for the welfare & education of Girl Child.

The vintage drive will witness rare cars dating from pre war era of 1880s to the glorious time of 1960s, hailing from the exotic lands of United States, United Kingdom, and other countries of the world. Most of them were the unfathomed saloons and convertibles from the imperial houses of Rolls Royce, Stutz, Buick, Ford, Chevrolet, Austin Martin and Bentley. One of the precious automobile on display would be the first car invented by Karl Friedrich Benz, pioneering founder of the automobile manufacturer Mercedes-Benz.

A brain child of Mr Madan Mohan, one of the country’s  biggest  vintage car collector, the 5th edition of 21 Gun Salute vintage car rally will surely place India on the global map of vintage car events, with over 200 vintage cars & bikes set to roll over on Delhi and Gurgaon roads for a  52 km stretch.

The name ‘21 Gun Salute’ is derived from a formal Hierarchical system of Imperial Salute. The concept 21 Gun Salute is based on prosperity & Dignity in the eyes of sovereign and it was the highest level of Honor to 5 Princely states ie  Hyderabad, Mysore, Jammu & Kashmir, Baroda and Gwalior. As the name suggests, 21 Gun Salute is not just a place to dine, but make you revisit the old bygone era of India and its rich heritage culture.  A collection of rare vintage cars and bikes along with memorabilia are a nod to owner Mr. Madan Mohan’s years of antique and vintage collection. The diners will get to experience the royal Indian legacies which will make them feel like a Prince.

Singapore & Malaysia Vintage Car Club to showcase collectors cars in Delhi’s 21 Gun Vintage Car Rally One of the precious automobile on display would be the first car invented by Karl Friedrich Benz, pioneering […]

21 Gun Salute which has been successfully presenting the International Vintage Car Rally & Concours Show in India for the past years have announced the dates for 2016. Year after year, the event is getting […]

On his 1st visit to India, Rollet & other leading experts will speak at Osianama about the Vintage & Classic Car Collector’s Movement and Issues of Patrimony Magical Rolls Royce, Mercedes Benz, Invicta, Pierce arrow […]