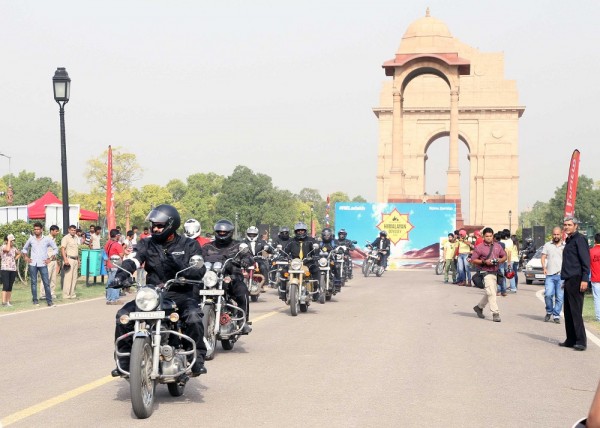 It’s time to ride the mighty Himalayas with the Manali-Keylong-Leh route open for vehicular traffic. What started as pleasurable riding trip for a few Royal Enfield riders has now become an event with the company organizing the Himalayan Odyssey every year.

Now in its 11th edition, the Royal Enfield Himalayan Odyssey will take 72 riders through three mountain ranges and six passes as they ride through one of world’s highest motorable road – Khardung La, at a peak of 18,380 feet.  These motorcyclists will ride for 17 days covering more than 2700 kilometres, through some of the most scenic yet treacherous terrains in the Himalayas.

At the flag-off ceremony, after the lamas chanted prayers and blessed the riders, a majestic procession of 72 thumping Royal Enfield motorcycles was flagged. 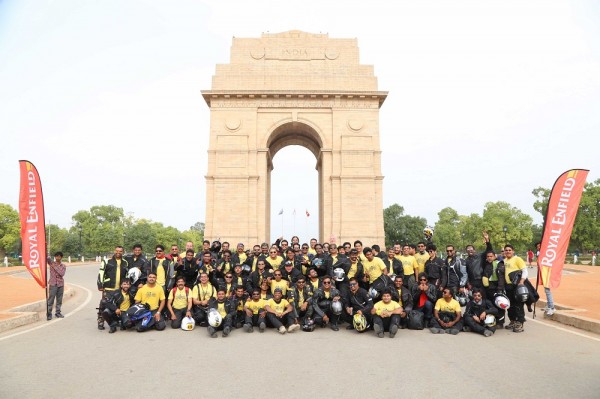 The thumping cavalcade of riders have gathered across India from major metropolitan cities and even from smaller cities like Tripura, Calicut, Amravati and Erode to celebrate this ultimate motorcycling adventure. The motorcyclists will pass through Parwanoo, Narkhanda, Keylong, Sarchu via Kalpa and Kaza regions on their way to Leh.  The Kalpa and Kaza areas are considered to be the toughest terrains for riding not only in India but across the world. After relaxing for a day, on July 1st the riders will set out for the sand dunes of Hunder and then commence their return journey tracing Leh, Debring, Keylong, Manali and Chandigarh to finally reach Delhi.

To mark the ride to Ladakh, Royal Enfield will be celebrating the Himalayan REUNION on June 29th once the participants at Himalayan Odyssey 2014 reach Leh. Now in its second year, this meet recognises the spirit of riders who have conquered the Himalayan range. The riders get an opportunity to share their biking experiences, especially, the ones made while riding to the Himalayas for the first time. 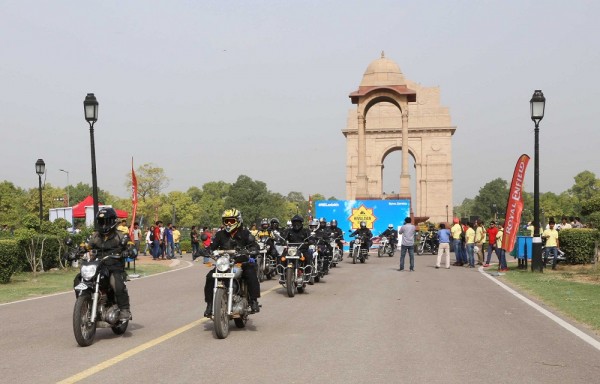 Royal Enfield Himalayan to get 410cc engine, details + photos inside

Royal Enfiled Himalayan 410cc engine photographs leaked After snapping the bike many times, we now have some details on the engine specs. Royal Enfield has developed an all-new 410cc single cylinder engine which will do […]