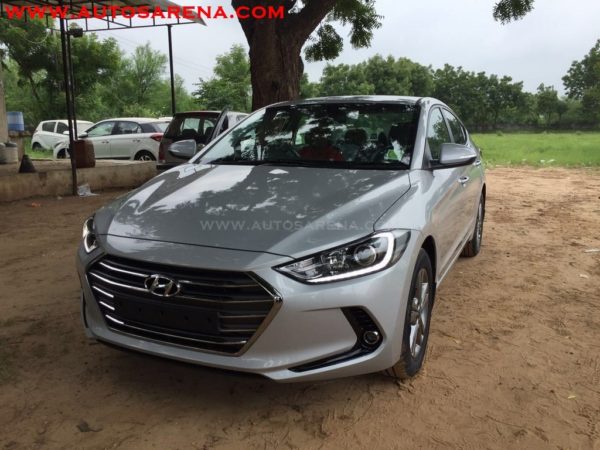 Hyundai Elantra spotted at a dealership before launch on 23rd August.

Hyundai is all set to launch the premium sedan Elantra on the 23d of this month. Just day’s before the launch the sedan was spotted at a dealership.

The top variant SX in Silver color was spotted. The car looks very promising and could soon give the segment leader Corolla Altis some headache.

Hyundai has started advertising the car on various social media channels and also released a teaser campaign of the new Elantra. 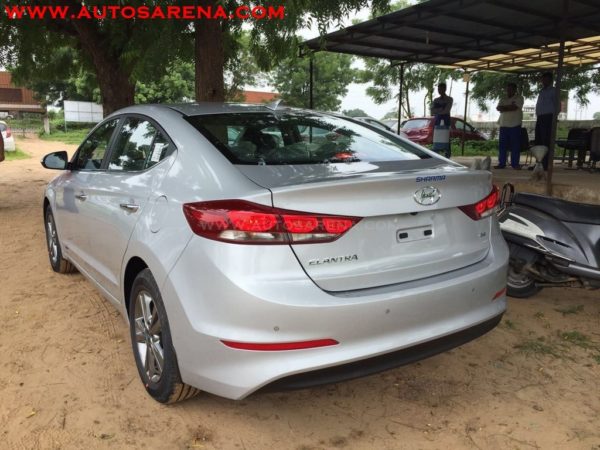 The new Hyundai Elantra will be offered in two engine options. The 2.0-litre, 4-cylinder Dual VTVT petrol engine will produce 150 PS of max power and 190 Nm @ 4,000 rpm of max torque.

The Elantra will continue to be powered by a 1.6-litre, 4-cylinder, CRDi diesel engine which outputs 126 Ps of power and 265 Nm of torque.

Transmission option includes A 6-speed manual and automatic on both engines. 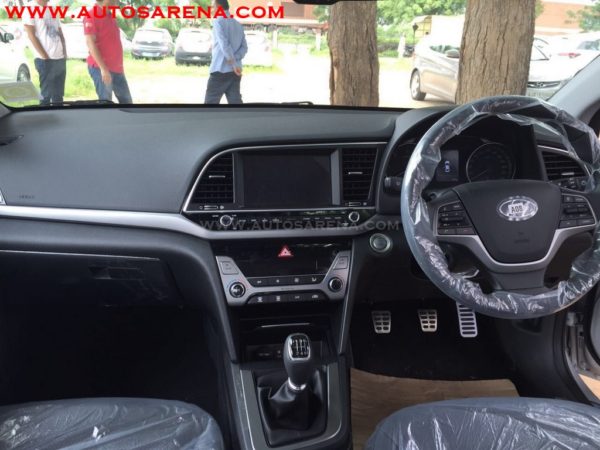 The new Elantra will be offered in five variants: S, SX, SX AT, SX (O), SX (O) AT. The same will be available in both engine options.

Pricing will be announced on 23rd August at the time of launch.

Hyundai to launch Elite i20 Automatic in Magna variant, Brochure inside

Hyundai to launch automatic gearbox equipped Elite i20, powered by 1.4 petrol engine. Hyundai India has tasted massive success with its premium hatchback the Elite i20, and to push sales further, the Korean car maker […]